ATLANTA (AP) - The 2020 election unfolded smoothly across the country and without any widespread irregularities, according to state officials and election experts, a stark contrast to the baseless claims of fraud being leveled by President Donald Trump following his defeat.

Election experts said the large increase in advance voting — 107 million people voting early in person and by mail — helped take pressure off Election Day operations. There were also no incidents of violence at the polls or voter intimidation.

“The 2020 general election was one of the smoothest and most well-run elections that we have ever seen, and that is remarkable considering all the challenges,” said Ben Hovland, a Democrat appointed by Trump to serve on the Election Assistance Commission, which works closely with officials on election administration.

Following Democrat Joe Biden's victory, Trump has sought to discredit the integrity of the election and argued without evidence that the results will be overturned. Republican lawmakers have said the president should be allowed to launch legal challenges, though many of those lawsuits have already been turned away by judges and those that remain do not include evidence of problems that would change the outcome of the race.

In Wisconsin, a battleground state where Biden narrowly edged Trump, top election official Meagan Wolfe said there were no problems with the election reported to her office and no complaints filed alleging any irregularities.

Michigan Attorney General Dana Nessel, a Democrat, said the same was true in her state, which Biden also won.

“Let me be clear — the November elections in Michigan ran as smoothly as ever," Nessel said, adding that there were no “instances of irregularities in the process of counting the votes, only evidence-free allegations, wild speculation, and conspiracy theories.”

Ahead of Election Day, the pandemic upended longstanding voting plans and forced election officials to make systemic changes largely on the fly. They did so with limited federal money to cover increased costs for mail ballots, which take more staff and money to send, process and count.

After problems erupted during spring primaries, the nation worried whether election officials could pull off a problem-free presidential election during a pandemic while confronting the threat of foreign interference from sophisticated adversaries led by Russia. 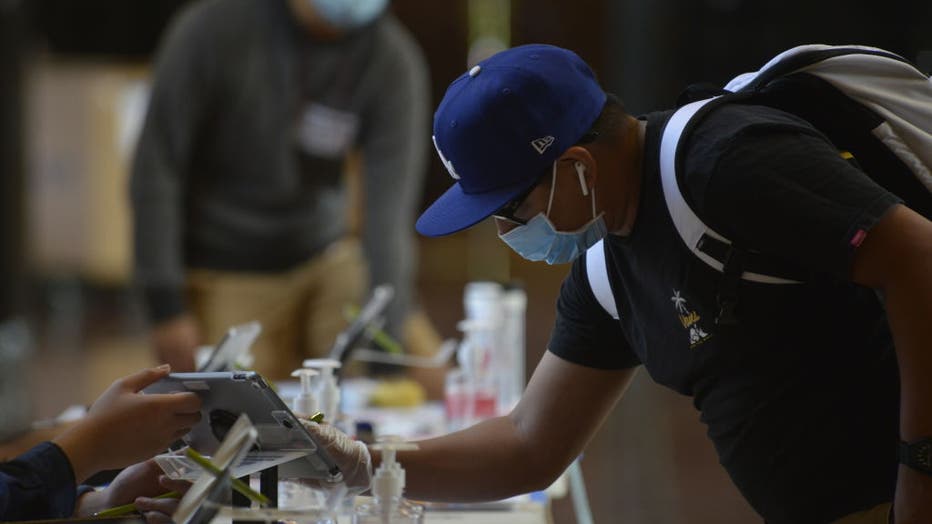 “In the spring, there were just so many challenges we were facing, and we were just wondering how we were going to manage to do it,” said Larry Norden, an elections expert with the Brennan Center for Justice. “It’s an incredible story.”

Long before a single ballot was cast, Trump raised questions about the integrity of the election and railed against mail voting despite a long history of mail ballots being used successfully in this country. At one point, he claimed the only way he could lose was if the election were rigged.

Some states that expanded mail-in voting to make it safer to cast a ballot during the virus outbreak lean Republican and voted for Trump — Nebraska, North Dakota and Montana. He has raised no concerns about the results there.

The groundless claims pushed by Trump and his allies about voting and ballot counting have only intensified since The Associated Press and other news organizations called the race Saturday for Biden, who leads in both the popular vote and in the Electoral College.

Among the many lawsuits filed since Election Day is one in Nevada by the Trump campaign alleging voter fraud. Without explanation, Trump tweeted that the state is “turning out to be a cesspool of Fake Votes.”

Such claims have put pressure on Republican election officials fielding scores of reports of fraud that so far have turned out to be human error or limited in scope.

Nevada Secretary of State Barbara Cegavske, a Republican, said her office wouldn't quantify how many complaints it had received, adding, “Many voter fraud complaints lack any evidence and are more complaints about process or policy.”

In Iowa, Secretary of State Paul Pate, a Republican, ordered all counties in the state to double-check results after a data entry error was discovered in one precinct.

“These human errors are unfortunate and frustrating, but the system is working,” he said.

On Monday, Georgia’s two U.S. senators, both Trump supporters facing close runoff elections that could determine which party controls the Senate next year, called on the state’s top election official, a fellow Republican, to resign over unspecified claims of election mismanagement.

The official, Secretary of State Brad Raffensperger, said he would not step down and assured the public there had been no widespread problems.

“Was there illegal voting? I’m sure there was, and my office is investigating all of it,” Raffensperger said. “Does it rise to the numbers or margin necessary to change the outcome to where President Trump is given Georgia’s electoral votes? That is unlikely.”

Studies have repeatedly shown that voter fraud is exceptionally rare.

Much of Trump's ire has centered on Pennsylvania, where the campaign has launched multiple lawsuits despite no indications of fraud or large-scale problems.

“On Election Day, we didn’t have any reports of anything significant," said Lisa Schaefer, who leads the bipartisan County Commissioners Association of Pennsylvania. “We have every reason to have confidence in the result of this election, as we do every other election.”

Some incidents did get attention: In some Ohio and Texas counties, electronic poll books used to check in voters were sidelined when polls opened because they were still downloading a database update. That forced officials to turn to paper backups or extend voting hours on Election Day. Some Georgia counties also grappled with poll book issues and with ballot-processing difficulties in a new statewide voting system.

That said, the errors seemed to have occurred at lower rates than in most elections, University of Iowa computer scientist Doug Jones said.

The federal agency charged with leading efforts to secure U.S. elections has said there were no significant problems aside from small, ordinary glitches.

This year’s presidential election marked a significant step in the use of paper voting records, with more ballots being cast either on paper or with an electronic voting machine that generates a paper backup than in any previous election. The election was also the most transparent. Several election offices offered live webcams to show the ballot-review process and added the ability for voters to track their ballots through the process.

“The system held up given the extraordinary circumstances that election officials faced,” said Amber McReynolds, who leads the National Vote at Home Institute. “Election officials managed to do their jobs even though, in most cases, they had one hand tied behind their back.”