Authorities say two police officers were shot during 4th of July fireworks in Philadelphia. A Philadelphia police officer assigned to highway patrol suffered a graze wound to the head. Another officer, a member of the Montgomery County bomb squad, was shot in the right shoulder.

A massive police presence responded to the 2500 block of Spring Garden Street around 10 p.m. where a massive crowd gathered to watch a concert headlined by Jason Derulo followed by a firework show.

Authorities say a Philadelphia police officer assigned to highway patrol suffered a graze wound to the head. Another officer, a member of the Montgomery County bomb squad, was shot in the right shoulder. Both officers were reportedly on duty at the base of the Art Museum steps when shots were fired.

A photo shared with FOX 29 by Fraternal Order of Police Lodge 5 boss John McNesby shows a bullet stuck in the officer's hat. 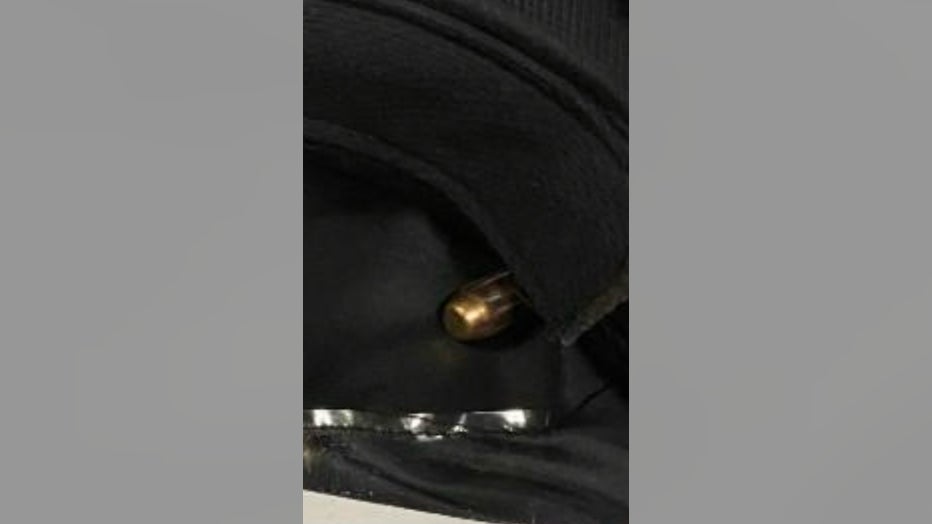 A bullet lodged in the hat of a Philadelphia police officer who suffered a non-fatal graze wound to the head during a firework display on July 4th. Credit: John McNesby

Both officers were taken to Jefferson University Hospital in stable condition, according to police. Commissioner Danielle Outlaw told reporters at a midnight press conference that both officers were treated and released from the hospital.

John Foster, a 44-year-old Montgomery County deputy, is reportedly recovering at home after suffering a graze wound to his shoulder. He is a 17-year veteran of the sheriff's office and member of the bomb squad.

A Philadelphia police officer, identified as Sergio Diggs, was struck in the head and treated for a graze wound. The 36-year-old is a 13-year veteran of the department and assigned to the Highway Patrol Unit. 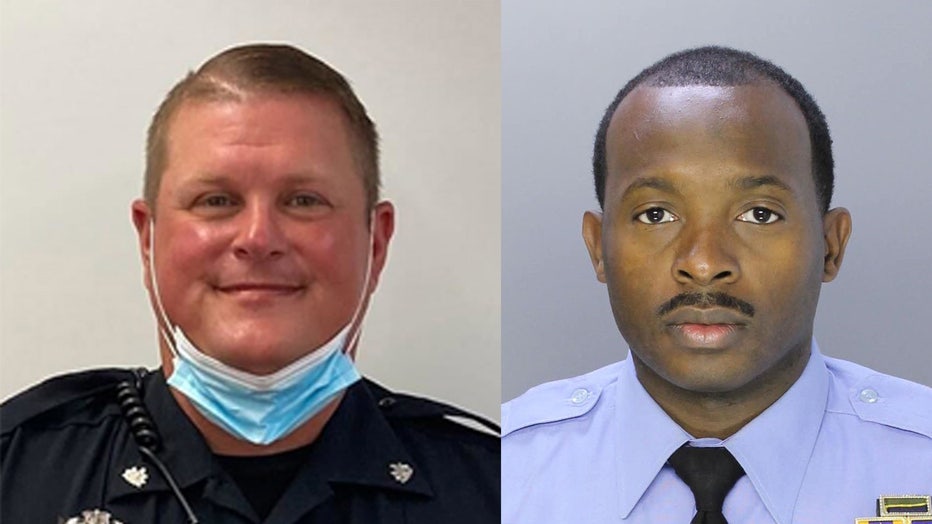 The gunfire caused the massive crowd to scatter in the middle of the fireworks display, which added more confusion to an already chaotic situation.

Several personal items were left scattered on the ground as people, including families, fled the scene. The city of Philadelphia says those items can be reclaimed by contacting the Welcome America office at information@welcomeamerica.com.

No arrests have been reported and police have not said what sparked the gunfire. Outlaw said investigators are working on tips and urged the public for any information.

RELATED: 'We live in America': Kenney reacts to shooting of officers, says he's looking forward to not being mayor

A large contingent of police officers, including FOP boss John McNesby and Attorney General Josh Shapiro, headed to the hospital where the two injured officers were brought.

"It was a laid back chill day," Mayor Jim Kenney said. "But we live in America and the Second Amendment, and we have the Supreme Court of the United States telling everyone they can carry a gun anywhere they want."

Kenney speaks about gun violence in Philadelphia after 2 officers shot

Mayor Jim Kenney spoke outside the hospital where 2 officer were taken after being shot at a Fourth of July firework show. Kenney candidly spoke about the frustration he's felt as Mayor, at one point telling reporters that he's looking forward to not being mayor anymore.

Kenney candidly spoke about the frustration he's felt as Mayor, at one point telling reporters that he's looking forward to not being mayor anymore.

"I'm waiting for something bad to happen all the time," Kenney said. "I'll be happy when I'm not mayor, so I can enjoy some stuff."