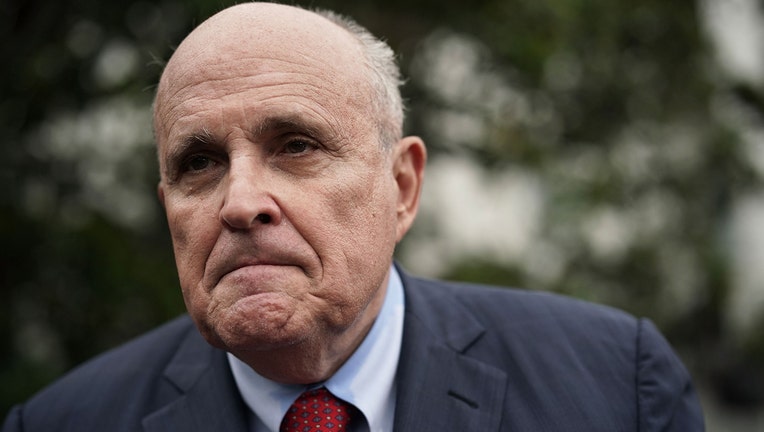 WASHINGTON, DC - MAY 30: Rudy Giuliani, former New York City mayor and current lawyer for U.S. President Donald Trump, speaks to members of the media during a White House Sports and Fitness Day at the South Lawn of the White House May 30, 2018 in Was

Lev Parnas and Igor Fruman were arrested on a four count indictment that includes charges of conspiracy, making false statements to the Federal Election Commission and falsification of records.

Records show they used wire transfers from a corporate entity they controlled to make a $325,000 donation to the America First Action committee in 2018. Records that became public through a lawsuit show that the corporate entity reported as making the transaction was not the true source of the money.

A lawyer for the men, John Dowd, hung up on an Associated Press reporter calling about the case.