On Wednesday, an additional victim was confirmed, bringing the total to 17 children.

"Our focus at of this point is to see if he was collaborating with anybody and how did he finance this? Those are important questions because that leads us to the potential for additional victims," said Chief Stawinski.

The state's attorney's office in Prince George's County said they expect the charges against Carraway will be amended within the next several weeks to reflect the higher number of victims and the new information their interviews continue to produce.

The FBI told FOX 5 that while child pornography is a federal crime, its primary task in this case is to assist the Prince George's County police and the state's attorney's office with their investigation.

The head of the FBI's Child Exploitation Task Force said it has been trying to get parents who may believe their child was victim to contact them at 1-800-CALL-FBI.

"Even if your child was not a victim and you saw something this individual was involved in, where he was working, areas where he was at, it's very important in putting the whole investigation together," said FBI supervisory special agent Michael Mizer.

Prince George's County police have confirmed that one of the victims was victimized at Zion Praise Tabernacle Lutheran Church on Laurel Bowie Road in Bowie. They assured the community that updates would be provided if they uncovered any additional locations where abuse took place.

"Whether or not a child was put in front of a camera or there was actual sexual abuse, we are not getting into specifics," said Prince George's County police spokesperson Julie Parker. "We are going to leave it at there was a victim at the church."

Carraway is accused of recording videos of the children -- who are between the ages of 9 and 13 -- performing sex acts at Judge Sylvania Woods Elementary School, where he was a teacher's assistant from 2014 to 2015. He is facing child sex abuse and child pornography charges.

A source tells FOX 5 that while Carraway had no criminal record as an adult, he may have had a juvenile record.

A spokesperson for Prince George's County Public Schools said they contract out a private company to do background checks on employees and those checks would not have turned up any information about juvenile charges because those files are confidential.

FOX 5 spoke to the mother of one of the alleged victims last Friday. She is very upset and said Carraway was dishonest during an exclusive jailhouse interview with FOX 5's Marina Marraco last week.

Carraway admitted to Marraco of recording pornographic videos of the children, but denies sexual contact with them.

"He is not telling the truth on that part about not having sexual interactions with the children," she said. "It's just not true as far as touching his privates and having him touch his and doing unsightly things. It frustrates me."

The victim's mother said this situation has been very stressful for her family and the other families of the victims, and they are relying on each other strength.

"It's frustrating," said the mother. "It's tiring because every day, he is crying throughout the day. He's crying. I'm crying."

"Prince George's County Public Schools is focused on providing families with the resources they need to move forward," Prince George's County Public Schools spokesperson Sherrie Johnson said Thursday night. "This is a sensitive time, this is a difficult time, and right now, we are focusing on trying to stabilize this community to help them move forward."

Judge Sylvania Woods Elementary School was packed last Thursday night as parents got to sound off to school leaders about their concerns for their children's safety. Each parent received a resource guide on how to protect their child and recognize abuse. It also said the school will be providing personal safety lessons for the students on the week of Feb. 22, which includes the difference between appropriate and inappropriate physical contact and personal body safety rules.

School administrators said they will add 26 new cameras around the school. They have 18 cameras inside of the school currently. The school will establish a task force by next week to investigate policy changes and training. They also said they have made changes to procedures on how to pick up students and sign them out.

Parents at the meeting also asked about getting notified about who is volunteering at the school and officials told them they would look into it.

Another question that was asked is if parents wanted to move their child to another school for free, would the school system comply with the request? Officials said that is a possibility.

We asked parents if they felt safe sending their children to the elementary school after this meeting was finished.

"There is a lot of issues in there still, but I can't keep [my daughter] at home either," said Jose Viera. "She has to come to school eventually."

"Yes, because I believe that the authorities will take proper care of my kids," said another parent. "I don't have any fear about that."

FOX 5 also spoke to a Glenarden councilmember who said he was not satisfied with the answers given at the meeting. He said he came to the school about three weeks ago and spoke with principal Michelle Williams and told her she needed to get more resources for the school, including more staff counselors.

"I think if they had additional counselors in the school, they probably would have caught this earlier," said James Herring. "One counselor for 790 students is not enough."

Another interesting note that was mentioned at the meeting was Carraway wore pajamas to school when he volunteered. One school employee told us there is a dress code at the school.

Prince George's County police said they have received 30 calls with tips about this ongoing investigation.

Last week, a civil lawsuit was filed on behalf of one of the young victims in this case. The lawsuit states that there could be as many as 30 victims. A second lawsuit was filed the following day by another victim.

Here is a timeline laid out from information released by authorities as well as lawsuits filed on behalf the victims:

Early 2015: Carraway used his position at the school to film sexual acts by students inside the school building. The recording were made since early 2015 and continued until Carraway's arrest.

September 2015: Carraway moved into an unpaid role as a volunteer/teacher's assistant at the school.

January 2016: A victim's uncle found inappropriate photos of students on the child's phone that were sent through the Kik messaging app.

February 4, 2016: The victim's uncle met with the school's principal and assistant principal to notify them of the inappropriate pictures, but was told to come back the next day for another meeting. The uncle contacted police later that night.

February 5, 2016: Carraway was arrested and charged with ten counts of felony child pornography, one count of sexual abuse of a minor and one count of second-degree sex offense.

February 10, 2016: Prince George's County Public Schools announce the school's principal was placed on administrative leave. A civil lawsuit was filed on behalf of one of the alleged victims in this case.

February 11, 2016: Prince George's County police say a 12th victim was identified in this investigation. Also, a second lawsuit was filed on behalf of another alleged victim.

February 11, 2016: A meeting was held for parents at Judge Sylvania Woods Elementary School to discuss the ongoing investigation and security and safety at the school.

February 11, 2016: FOX 5 reporter Marina Marraco spoke to Carraway in an exclusive jailhouse interview. Click here to watch her explain what happened during that interview.

February 17, 2016: There are 17 victims identified in this case, according to police. 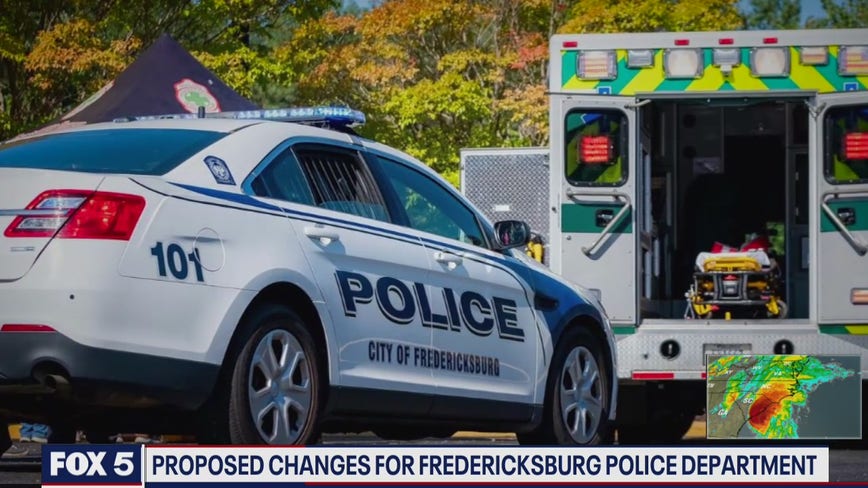 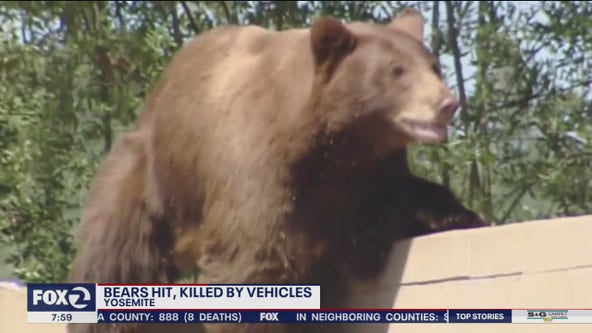