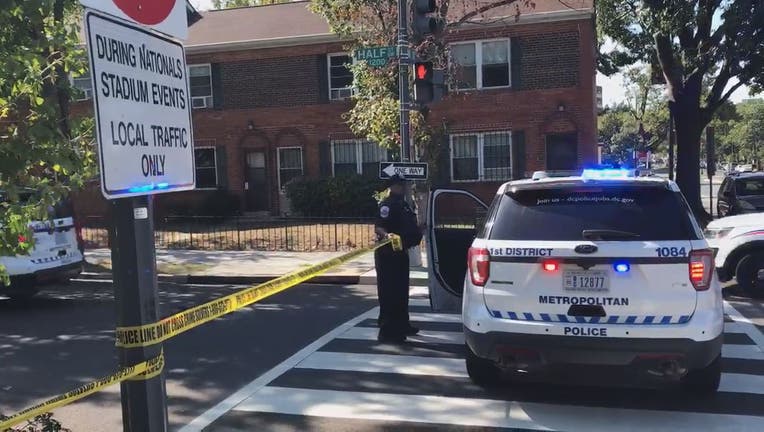 WASHINGTON - D.C. police are investigating after a shooting left a 15-year-old boy dead near Nationals Park on Wednesday afternoon.

Officers responded to the 1300 block of Half Street, SW, at around 1:15 p.m. after receiving reports of gunshots in the area. When they arrived at the scene, the found a teenage boy suffering from multiple gunshot wounds.

Police confirmed around 2:20 p.m. that the victim, who has been identified as Thomas Johnson, of Southeast, died at the scene.

D.C. police are responding to the scene after a shooting near Nationals Park on Wednesday afternoon.