A devastating fire in Montgomery County destroyed several townhomes late Tuesday and now 15 people are without a home just before Thanksgiving.

FOX 5's Sierra Fox spoke with two homeowners who say they are doing the best they can given the circumstances. 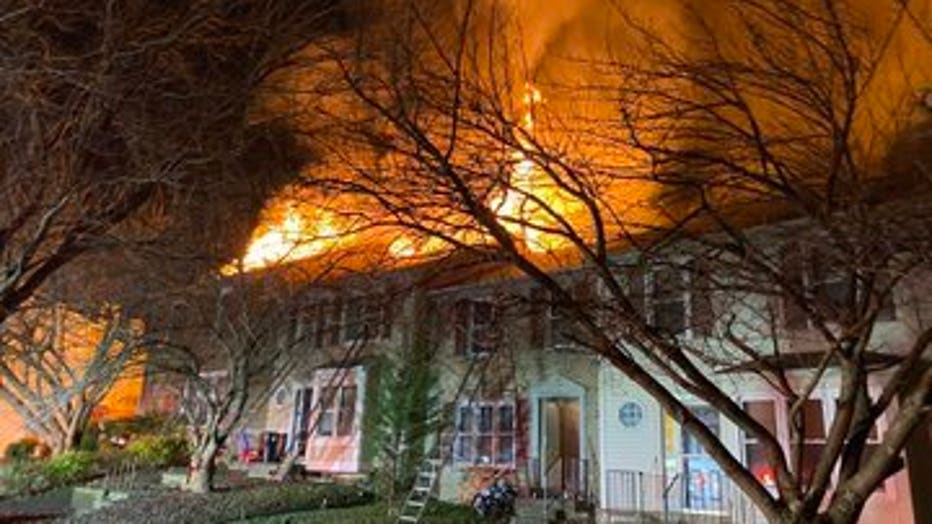 Montgomery County Fire and Rescue received calls for service around 11:30 last night. The flames spread in the Whetstone community in Gaithersburg off of Centerway Road, affecting three townhomes significantly.

A neighbor shared a cell phone video of the fire with FOX 5. In it, you can see heavy smoke bursting into the air.

In terms of damage, nothing is salvageable as the attic and living spaces were severely impacted. The windows are busted and what remains is a charred framing of the homes – you can see burned clothes hanging from the windows, and the smell of smoke is still in the air.

The total amount of damage adds up to $1.5 million. 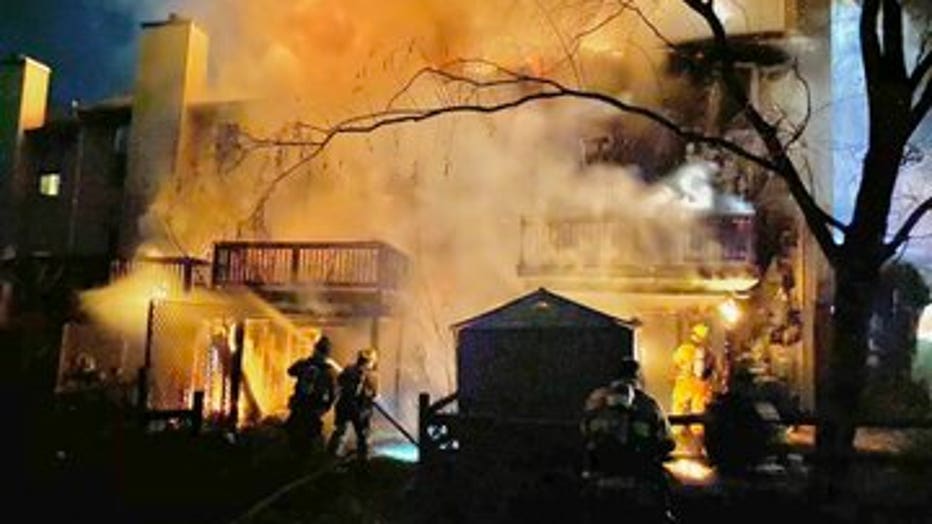 A young woman who captured the scene says she was shocked and she tells FOX 5 she goes to high school with one of the people who are displaced.

“I was worried because one of my friends, she lives in the house that got affected. So, I just wanted to make sure she was okay because her family was over there crying on the floor," said Allison Cruz.

Luckily, no one was hurt in the fire. Montgomery County Fire and Rescue Public Information Officer Pete Piringer said that is something to be thankful for – the fact that they made it out alive.

"They all did get out. There was a working smoke alarm, but typically this time of year, but any time someone is injured or God forbid there’s a fatality, but someone loses all their possessions and is displaced for whatever reason, that’s always something that’s always tragic and concerning," said Piringer.

Investigators are still working to figure out the exact cause, but they believe it was electrical and unintentional.

Montgomery County Fire and Rescue also want this to serve as a reminder to make sure everyone has working smoke alarms in their home. The three families did and that is what saved their lives.

“What’s most important is life and people getting out. That’s why we say things can be repurchased, things can be repaired, you can’t replace your life so as soon as the fire alarms goes off, get off, as soon as you’re made away of the problem – get out - do not go back in for anything – stay out,” said Goldstein.