WASHINGTON (FOX 5 DC) - A 12-year-old is facing multiple charges after he allegedly struck and injured a Prince George’s County police officer who was conducting a traffic stop on Friday.

A police officer was injured early Friday morning during a traffic stop after they were struck by a juvenile driving a stolen vehicle, authorities say.

While the officer was investigating, a second stolen vehicle reportedly showed up at the same location.

Police say the officer was struck when he tried to pull over the second vehicle.

Police pursued the alleged car thief into the District, where D.C. Police responded to a call for assistance.

According to D.C. police, the driver crashed near 295 southbound and the 2300 block of Pennsylvania Avenue, Southeast.

When the driver tried to run away from the scene, police caught up with him. 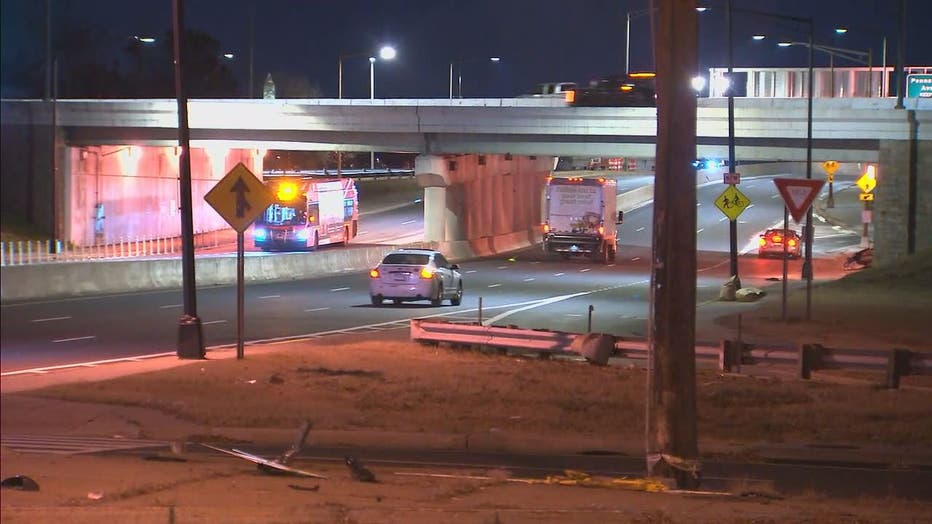 The 12-year-old has been charged with unauthorized use of a vehicle, leaving the scene after colliding, speeding, and reckless driving.

D.C. Police could not comment on the events that unfolded in Prince George’s County, but noted that police there may need to file a warrant and seek extradition for the suspect’s return.

The Prince George's County officer was taken to a local hospital, where he has since been released.