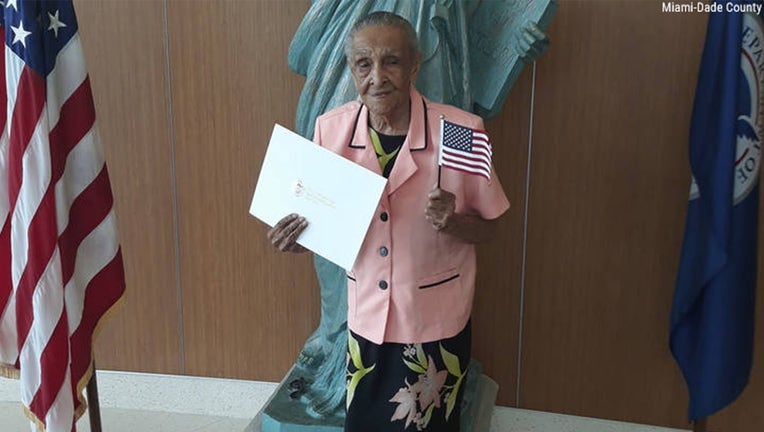 According to Fox News, 103-year-old Andrea Joseph became a U.S. citizen on Friday at a naturalization ceremony in Miami.

County officials told Fox News that Joseph came to the United States from Haiti as a permanent resident 15 years ago.