Grab the jacket and the umbrella! Falling temperatures and showers will be the story Wednesday. Plus, a soggy day with heavy rain expected on Thursday. FOX 5's Mike Thomas has the forecast. 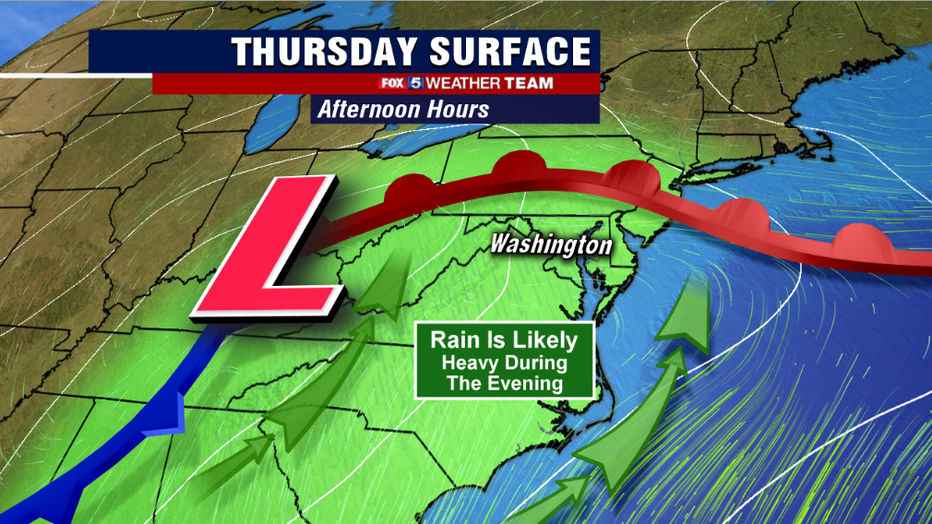 After the month of January closed on a rather dry and uneventful note, the first week of February has brought a considerably more active pattern with showers having threatened the D.C. region over the past couple of days. A much stronger storm system approaches the region on Thursday however, and with it comes the risk for some steadier and heavier rains particularly on Thursday night. 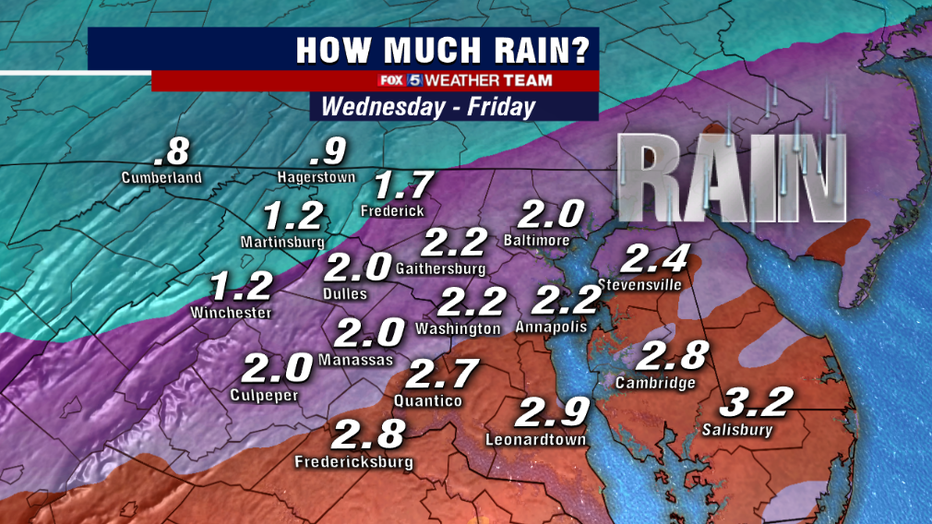 Some of the latest guidance is suggesting that 2-3" of rain will be possible as this storm system moves through. The National Weather Service has warned that the potential for some minor flooding does exist, particularly in our southeastern zones where the rainfall is expected to be heaviest. We cannot rule out the threat for a clap or two of thunder either, though this should be rather isolated. Rain showers are expected to linger into the early hours of Friday morning before some clearing occurs Friday afternoon. Winds will also be rather gusty on Friday afternoon, with 20-30mph gusts possible. 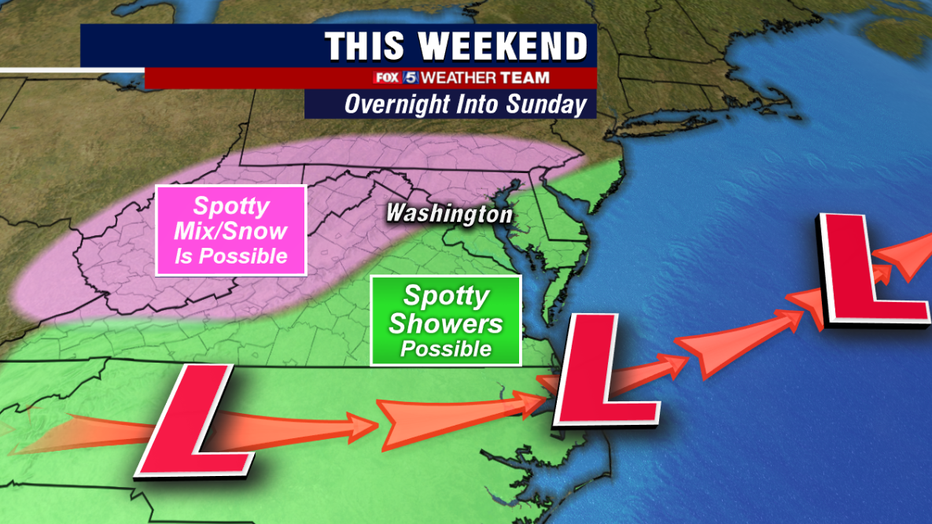 The winds will bring in in some colder temperatures, and by Saturday morning most will start the day in the 20s and 30s with high temperatures only reaching the low to mid 40s in the afternoon. Much of Saturday is expected to be dry, with a decent amount of sunshine during the daylight hours. With light winds, temperatures are expected to fall back into the 30s after sunset. A very weak storm system will then pass to our south late on Saturday night through the pre-dawn hours of Sunday. 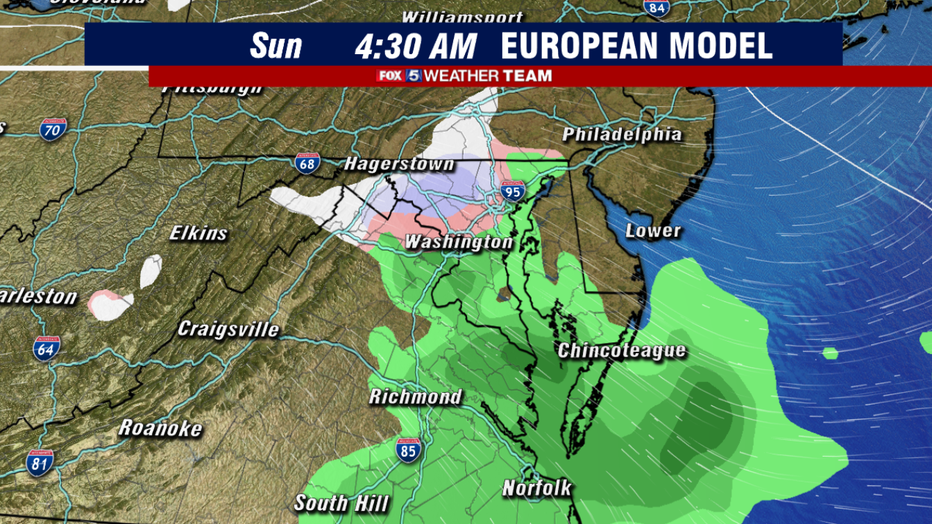 The key debate in weather modeling this morning is just how intense this system will be. That is not to say that any are giving us any sort of substantial snow. The big debate this morning is whether or not the system will get organized in time to send moisture this far north at all. Some say it will not, and we could remain completely dry. Others say there will at least be a window, particularly during the overnight hours, when some light mix or snow will be possible from the I-95 corridor and areas to the northwest, but this morning even the most "aggressive" models are not putting down any substantial accumulation, and the most likely scenario is that many go to bed Saturday night and wake up Sunday morning without ever knowing it snowed. It is something we will watch over the next couple of days though, just in case model trends happen to take a snowier direction, but we are not holding our breath.

I would be lying if I told you that this winter has played out like expected so far. While December did come across as expected, the degree and longevity of the warmth in January were rather surprising. The lack of snow is something to behold as well. If we do not get anymore snow this winter, it would be only the third time in D.C. history and the first time in over two decades that D.C. failed to pick up an inch of snow during the winter.

That is not to say we can close the book on winter just yet. There are plenty of winters that lacked snowfall during the core winter months, only to turn in a snowier direction as spring neared. Take the winter of 1959-1960 for example, where D.C. did not receive any measurable snow at all until February 13th, but ended up with over 24" of snow before the end of March. As we know all too well in the D.C. region, the weather can turn on a dime on us. So we will continue to watch the pattern for any signals that things could turn in a snowier direction. Hang in there snow lovers, we know it has been a rough winter so far.