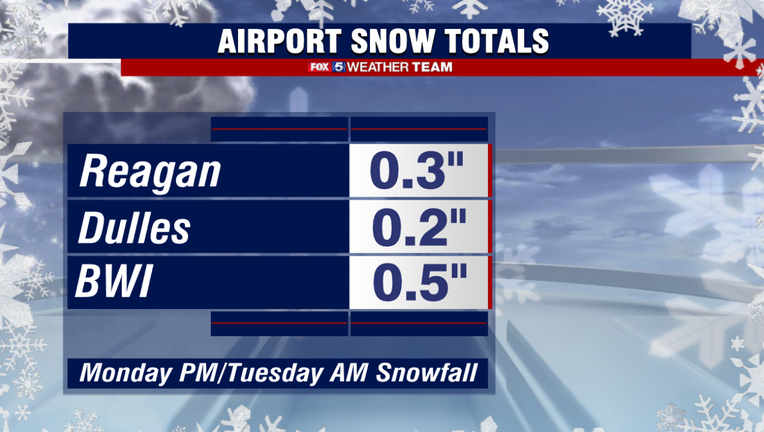 WASHINGTON - A little over a month after the winter solstice and Reagan National, D.C.'s officially measuring post for snowfall, has officially picked up the first measurable snow of the winter season. Though just 0.3", it was the most snow the District has picked up in over a year, and accounts for 50% of last years seasonal snowfall total. While last night's snowfall totals were far from memorable, we do have the potential of possibly adding to it within the next week. 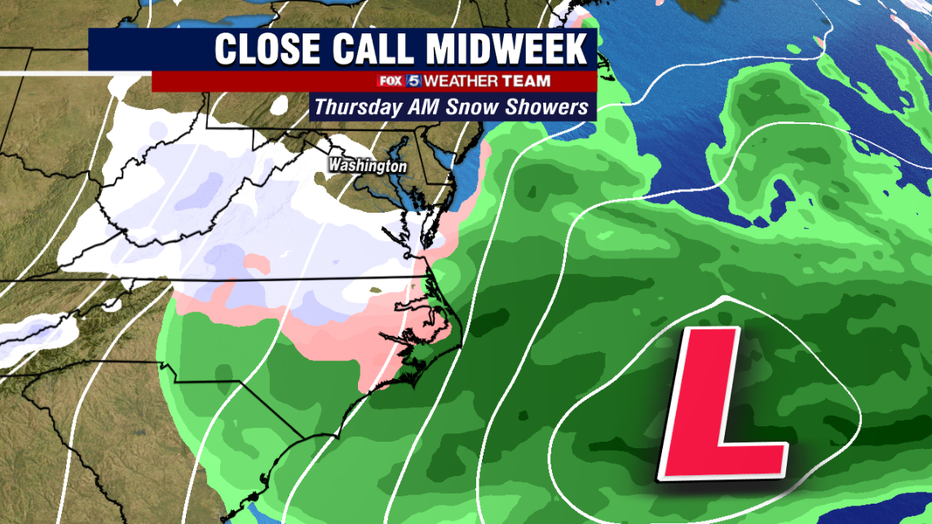 The next weather system we have our eye on passes to our south on Thursday morning. At one time it looked like this system would track close enough to the D.C. area to bring the threat for more significant snows. However, model trends over the past few days have drifted this system farther from us. The core of the storm should pass well to our southeast and head out to sea east of the the Carolinas. 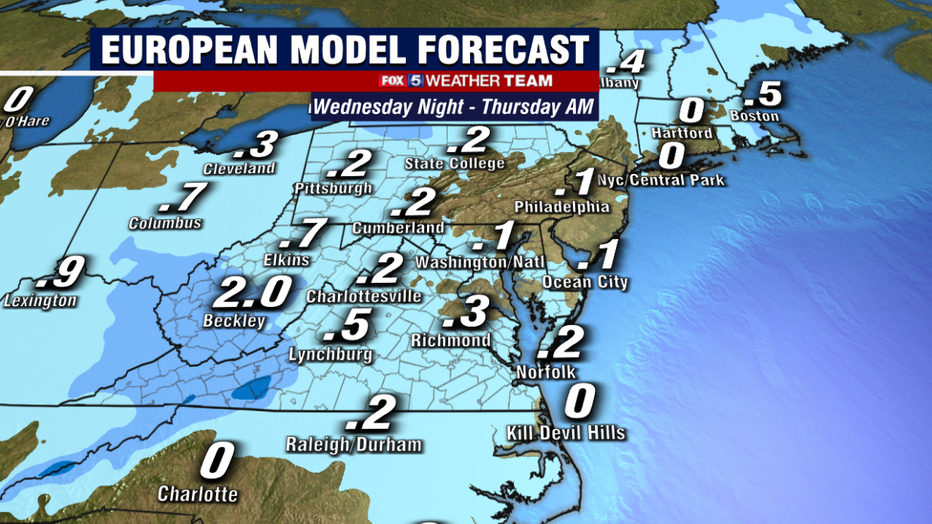 Some snow could still fall though in the form of scattered snow showers and flurries, though we are not expecting it to be disruptive. With the cold air that is going to be in place though, even a snow shower could leave a spotty grassy coating or cover your windshield in a few locations...but this is expected to be the exception and not the norm for our area on Thursday morning. 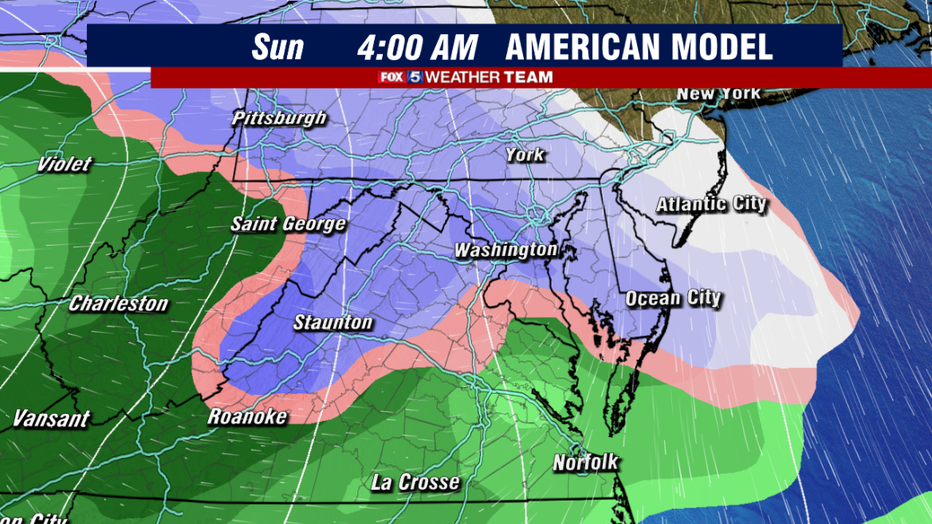 The next one to really keep our eye on during the latter half of this weekend, the Sunday/Monday time frame to be specific. The major weather models that we have are indicating the risk for a bigger storm system, though they differ on which day it could potentially impact. The American (shown above) has the storm system moving in during the pre-dawn hours of Sunday morning, with the event lasting most of the day. With colder air in place, it shows a more widespread snowfall event. 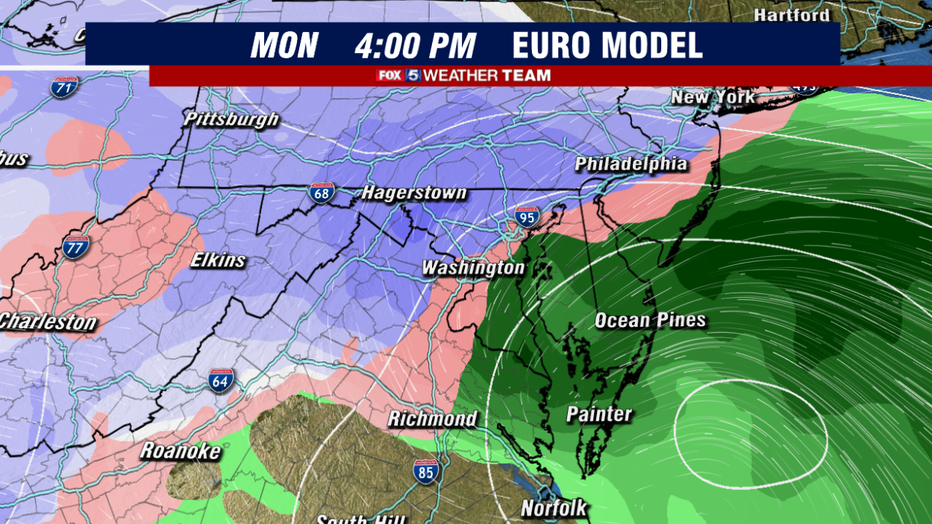 The European model shows more of a classic coastal system, similar to the late December storm with a rain/snow line that sets up around the I-95, with heaviest snows falling to the northwest of town. The European is also much more focused on the Monday time frame, leaving Sunday dry. So we have to keep our eye on the guidance to work on that.

As a disclaimer, we have seen several instances already this winter where snow events look very impressive 4-6 days down the forecast period, then trend towards less snow as the forecast draws closer and weather models get a better grasp on exact track, timing, and temperatures. That is the nature of weather forecasting. So take the extended outlook with a grain of salt, and stay tuned for more details. The Fox 5 Weather Team will keep you updated every step of the way.