WASHINGTON - February has certainly thrown a lot at us weather wise. Even though we have yet to get a significant snow in downtown D.C. (2.3" on January 31st remains our snowiest day of this season) we do seemingly have a steady stream of light snow and mix events rolling their way into the Mid-Atlantic region.  Download the FOX 5 Weather App

The next couple of winter events likely to affect us here in the DC are not likely to add to those snowfall totals, but they could add up in a way that is a little more dangerous...ice.

Mike Thomas has the FOX 5 Weather forecast for Friday, February 12. 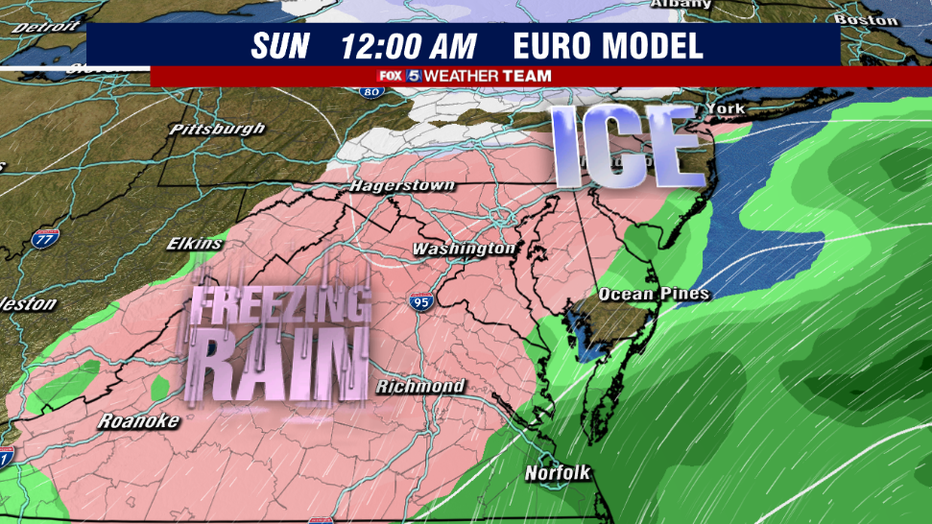 Freezing rain is so dangerous because it is often the winter event that you cannot really tell is happening initially. It looks like plain old rain coming down.

If you are driving in it, it looks like normal rain drops hitting your windshield. The "freezing" component of freezing rain actually does not come from the rain itself, it comes from the surface. It occurs when enough warm air is pushing into the upper atmosphere that precipitation falls as rain, but cold air gets locked in near the surface where temperatures stay at or near freezing. As a result, when the droplets hit the surfaces, they freeze. Download the FOX 5 Weather App

It is so dangerous because untreated surfaces can pick up an icy glaze quickly, and a sheet of ice on the roadway is no good for anyone. 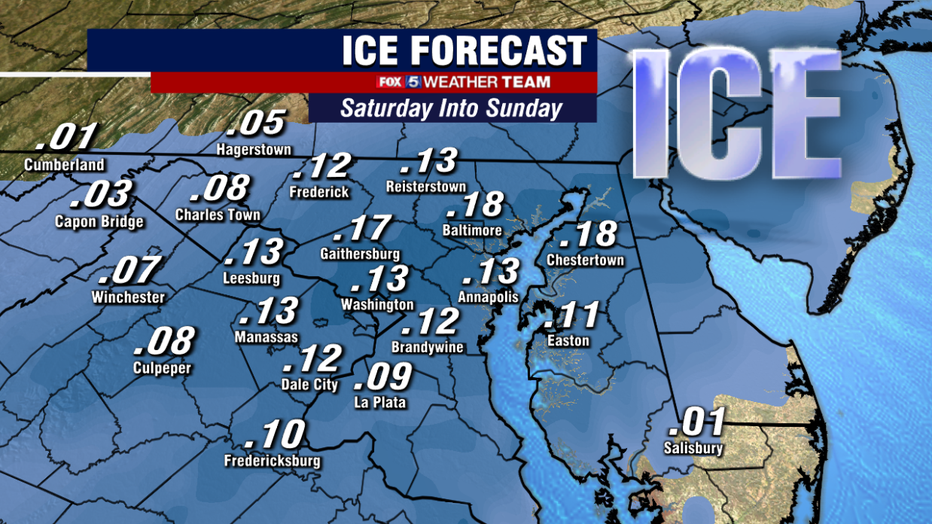 Saturday's event likely begins between noon and 4pm, as a storm system gathers strength to our south. Some good news as of this morning in that recent model guidance has gotten a little less aggressive with the amount of freezing rain coming down, indicating the risk for lighter precipitation and a lot of freezing drizzle.

No ice is good ice though, and even a little bit can still cause big problems. People traveling on Saturday, particularly during the evening hours and into Sunday morning, should use extra caution. The light showers and drizzle should move out during the morning hours of Sunday. 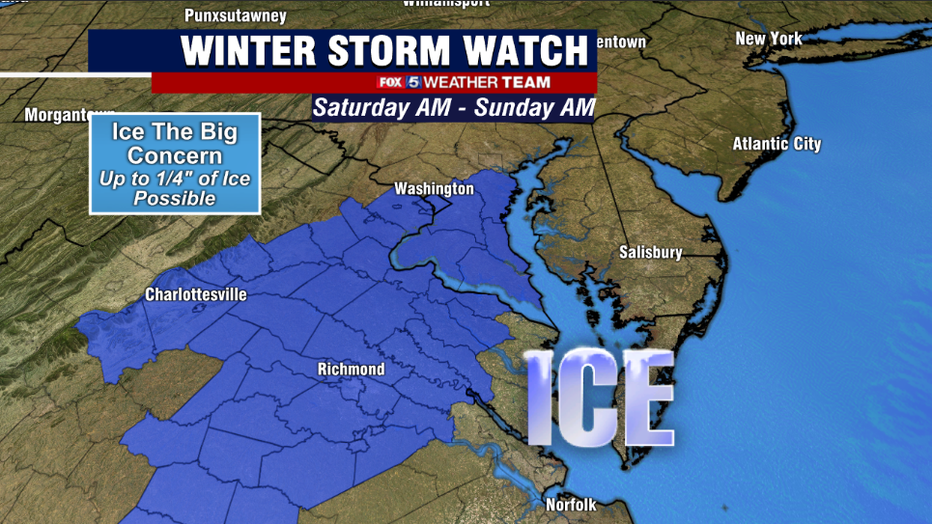 Ice is worse than snow in many regards. Not only can you not get out and sled in it, or build snowmen, or have general fun...it takes very little ice to cause major problems. Ice can accrete on weakened branches and tress, weighing them down and causing them to fall.

This can bring down powerlines and lead to outages. Lesser traveled surfaces like side streets, sidewalks, and overpasses can become ice skating rinks. With some models projecting the risk of up to a quarter inch of ice, winter storm watches were put in place this morning for the I-95 corridor in central Maryland & Virginia and areas to the east, which has the highest likelihood of seeing some of the worst icing as things stand right now.

This is a rare case where a "winter storm watch" is not for any expected snowfall, as we do not anticipate any with this event. 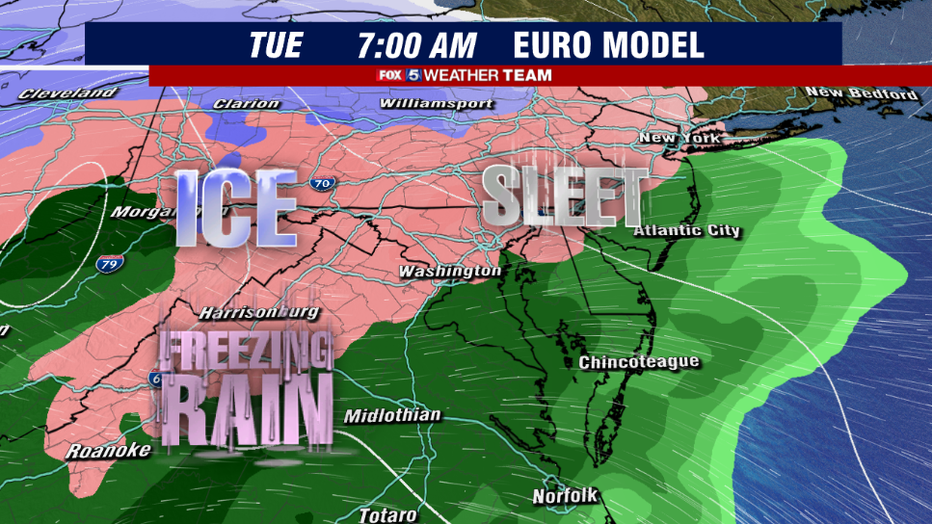 Looking ahead to early next week, another storm passing on Tuesday may bring a brief burst of snow before changing to sleet and freezing rain across our area. Models have trended away from this being a major snowfall event, and instead are warning that local areas (particularly north and west) should be on guard for another icing situation.

A few models also suggest we may have to deal with another "wintry mess" next Thursday, but low confidence that far ahead in the forecast period.

Plenty of winter still left to come...I mean the groundhog did see his shadow after all! Keep it tuned to Fox 5 to get you through everything winter has left! Do not forget about that Fox 5 Weather App either! A great resource to have when winter weather threatens!