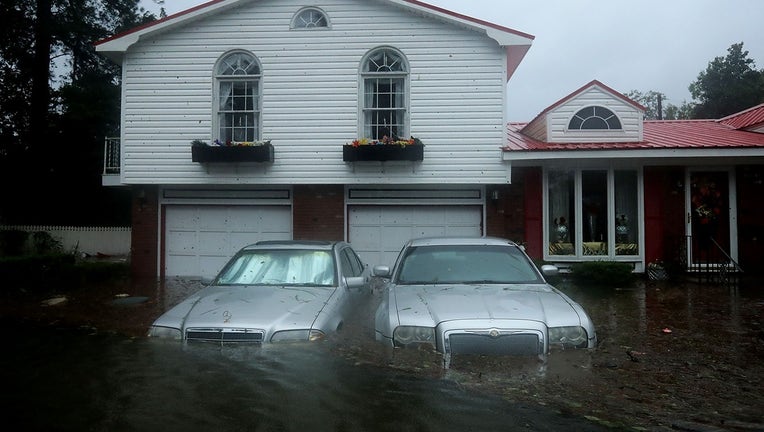 FOX NEWS - Tropical Depression Florence, which caused at least 13 deaths and knocked out power for almost a million people, has inundated parts of North Carolina with record-shattering rainfall that's expected to push rivers over their banks in the coming days and could spawn dangerous mudslides.

The slow-moving storm is expected to dump another 5 to 10 inches of rain in western North Carolina and southwest Virginia, on top of the 20 to 30 inches that have already fallen since Florence came ashore Friday as a Category 1 hurricane with 90 mph winds.

The 13 fatalities include a mother and her 8-month-old child, who were killed when a massive tree crushed their house; an 61-year-old woman who was killed when the vehicle she was driving struck a tree; a 77-year old man died after he went outside to check on his dogs and was blown down; three additional people died because of flash flooding on roadways.

For more information on Florence, visit the FOX 46 resource center.