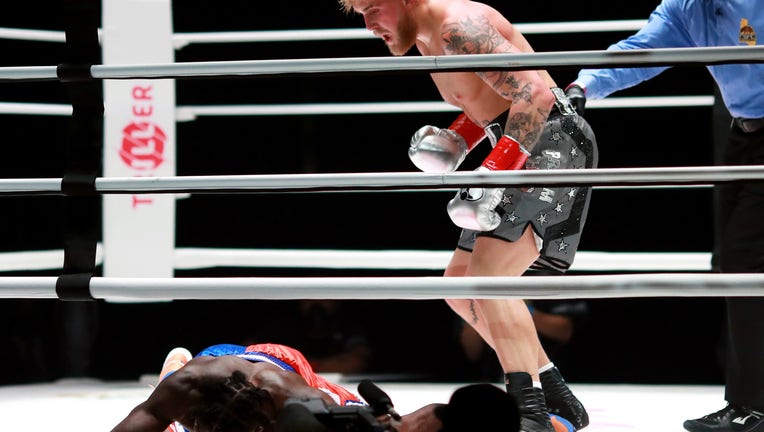 Jake Paul reacts over his knockout victory against Nate Robinson at Staples Center on November 28, 2020 in Los Angeles, California. (Photo by Joe Scarnici/Getty Images for Triller)

Paul, a YouTube star, knocked out former NBA guard Nate Robinson in the second round of their bout at the Staples Center in Los Angeles.

Paul hit Robinson with a quick right hook and the former New York Knicks star fell cold to the mat. The referee came over and stopped the fight soon after.

The 23-year-old was competing in only his second professional boxing match.

The first fight he competed in came against Ali Eson Gib earlier this year. He defeated Eson Gib via technical knockout.

Robinson came into the fight without any professional boxing experience. The fighters’ supposed rivalry began in May 2020 when Robinson told TMZ Sports he wanted to fight Paul. Robinson had said he wanted to show that he was a “top-tier athlete.”

Robinson played 11 seasons in the NBA. He last played for the New Orleans Pelicans during the 2015-16 season. He played in two games before he was waived at the end of October 2015.

It was unclear who Paul would fight next. He called out Conor McGregor and Dillon Danis after the bout.