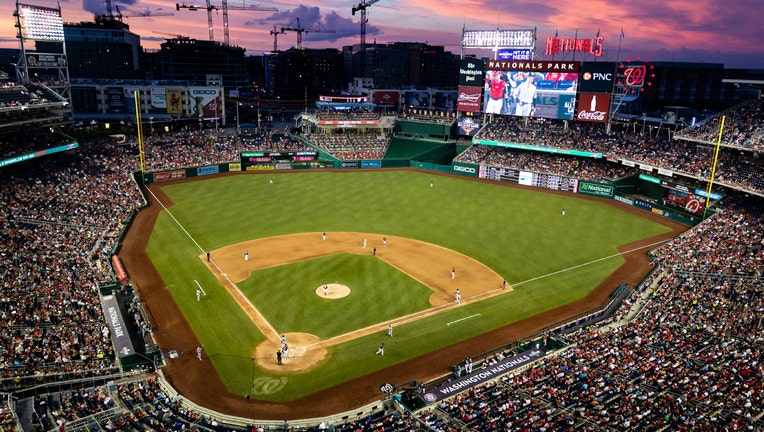 A general view of Nationals Park at sunset on July 06, 2018, in Washington, DC. (Photo by Scott Taetsch / Getty Images)

WASHINGTON - The baseball’s the same. The view is not.

“The netting was great. It didn’t obstruct the view and it kept us safe," said Meeta Satsangi.

This week, the Nationals became one of two major league baseball teams to extend protective netting all the way down each foul line.

{scott fear - nationals vp, public safety & security: “We want to protect our fans, the children, the adults, everyone that comes to the game, make sure they have a great time without worrying about being hurt," said Scott Fear, Washington Nationals VP of Public Safety and Security.

On Wednesday, while some fans said the netting makes it harder to interact with players or grab foul balls, others, including just about every parent FOX 5 talked to, said they are happy to get behind — and literally sit behind — the new netting. We also heard very few complaints from people who said the nets made it hard to see the game.