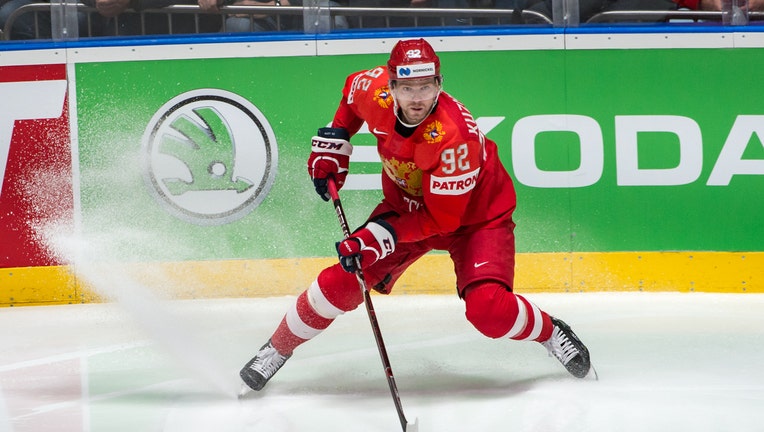 BRATISLAVA, SLOVAKIA - MAY 25: #92 Yevgeny Kuznetsov of Russia in action during the 2019 IIHF Ice Hockey World Championship Slovakia semi final game between Russia and Finland at Ondrej Nepela Arena on May 25, 2019 in Bratislava, Slovakia. (Photo by

ZURICH - (AP) -- Washington Capitals center Evgeny Kuznetsov tested positive for cocaine at the world championship and has been banned from the Russian national team for four years.

The International Ice Hockey Federation says Kuznetsov failed a doping test taken May 26 -- the day Russia won the bronze medal game against the Czech Republic in Slovakia. The previous day, Russia lost in the semifinals to eventual champion Finland.

The IIHF says the ban expires on June 12, 2023. That excludes Kuznetsov from the 2022 Beijing Olympics.

The ban does not affect Kuznetsov playing for the Capitals, who won the 2018 Stanley Cup.