WASHINGTON - The Washington Capitals have placed Brendan Leipsic on unconditional waivers. The team released a statement Friday saying they did so for the purpose of terminating his contract.

Earlier this week, ESPN reported that Leipsic made "misogynistic" and "reprehensible" comments along with Florida Panthers forward Jack Rodewald in a private group chat on Instagram.

ESPN reported that 25-year-old Leipsic insulted NHL player's wives' appearances in the group chat and also made sexual comments about other women. Leipsic also commented on a photo of Capitals linemates Nic Dowd and Garnet Hathaway, saying, "F--- they're losers." 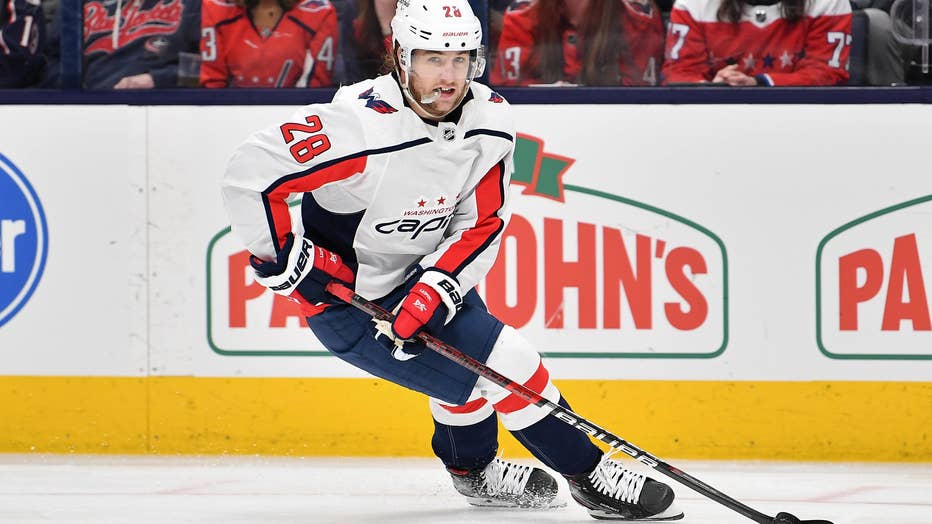 COLUMBUS, OH - DECEMBER 16: Brendan Leipsic #28 of the Washington Capitals skates against the Columbus Blue Jackets on December 16, 2019 at Nationwide Arena in Columbus, Ohio. (Photo by Jamie Sabau/NHLI via Getty Images)

On Wednesday, the NHL released the following statement on the remarks:

"The National Hockey League strongly condemns the misogynistic and reprehensible remarks made by players Brendan Leipsic and Jack Rodewald in a private group chat that has surfaced on social media. There is no place in our League for such statements, attitudes and behavior, no matter the forum. We will address this inexcusable conduct with the clubs and players involved."

He shared the following statement on Twitter, saying, in part, "I fully recognize how inappropriate and offensive these comments are and sincerely apologize to everyone for my actions."