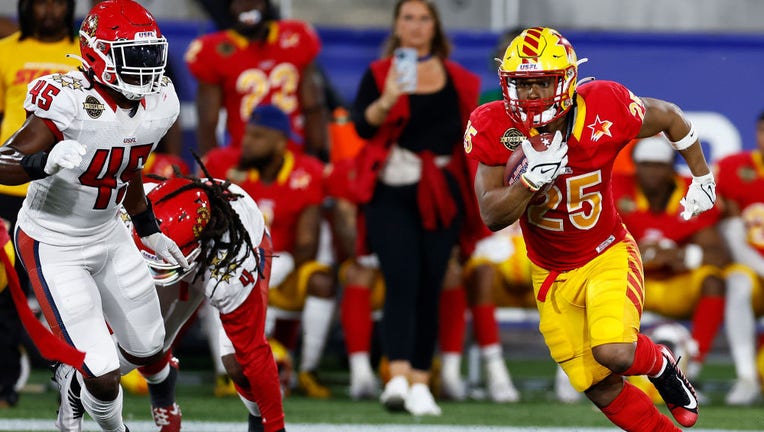 Paul Terry #25 of Philadelphia Stars runs with the ball in the third quarter of the game against the New Jersey Generals at Protective Stadium on May 01, 2022 in Birmingham, Alabama. (Douglas DeFelice/USFL/Getty Images)

WASHINGTON - The USFL’s postseason kicks off this weekend and is highlighted by a regular season rematch between the Philadelphia Stars and New Jersey Generals at 3 p.m. ET Saturday on FOX.

These two familiar foes square off in a semifinal matchup at Tom Benson Hall of Fame Stadium in Canton, Ohio.

Philadelphia, led by quarterback Case Cookus, has revenge on their mind against the Generals who beat them in the regular season.

New Jersey was one of the top teams in the regular season thanks to the stellar play of league MVP KaVontae Turpin and elite coaching from USFL Coach of the Year Mike Riley.

A lot is riding on this matchup for both teams. The winner punches their ticket to next week’s championship game.