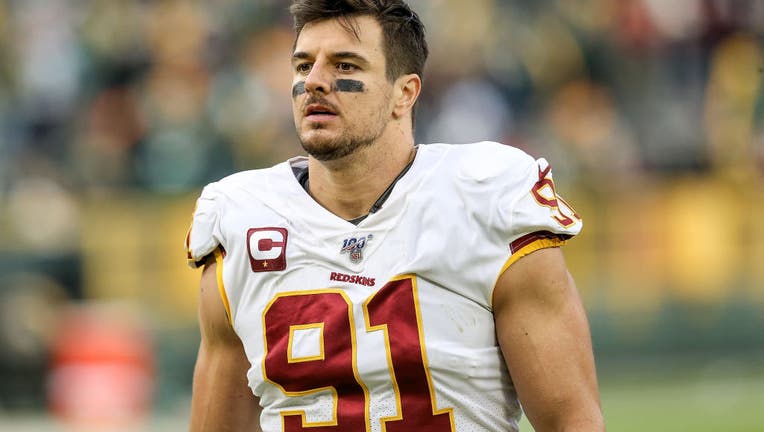 WASHINGTON - Ryan "Showstopper" Kerrigan is ending his 11-year career as a Washington Commander.

Kerrigan signed a one-day contract with the franchise he spent 10 years with Friday in order to officially retire as a member of the burgundy and gold.

"While I'm thankful for the amazing times and memories I was able to have as a player, I'm equally thankful to now have the wisdom and courage to walk away," Kerrigan said in a statement. "We all eventually come to the end of our playing days, and that time is now for me."

Commanders co-owners Dan and Tanya Snyder also released a statement calling Kerrigan "one of the most accomplished players in franchise history."

"We are thrilled that Ryan Kerrigan is retiring in the burgundy and gold… We'd like to congratulate Ryan on a tremendous career," the Snyders said. "Although we will miss cheering for him on Sundays, we look forward to supporting him in whatever his next chapter has in store."

The 2011 first-round draft pick played in every game for his first eight NFL seasons. The 33-year-old 4x Pro-Bowler retires as Washington's all-time leader in sacks (95.5) and forced fumbles (26).