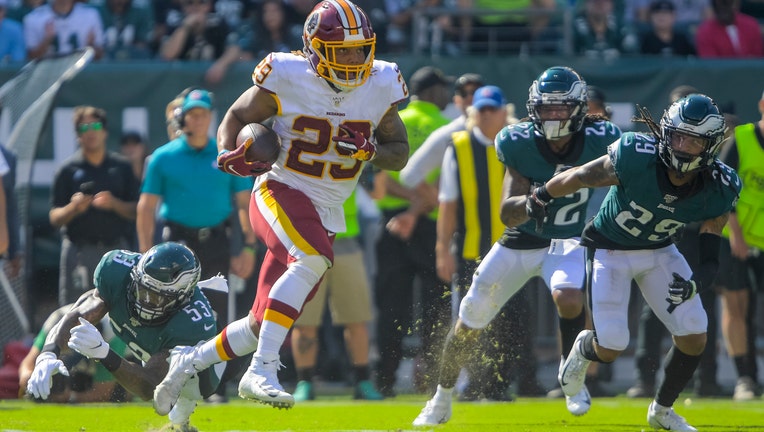 Renowned surgeon Dr. James Andrews performed the operation Thursday that has been reported to fix a torn meniscus. Guice was injured Sunday in a season-opening loss at Philadelphia when he rushed for just 18 yards on 10 carries and underwent an MRI the morning after.

Gruden says he isn't sure how long Guice might be out and no decision has been made on whether to place him on injured reserve.

Guice missed all last season after tearing the ACL in his left knee in an exhibition game in August 2018. Gruden praised Guice for coming back strong from the torn ACL and expects the same this time because it's not as major of a surgery.

With Guice out, Adrian Peterson is expected to start Sunday against the Dallas Cowboys. Peterson was inactive in Week 1.