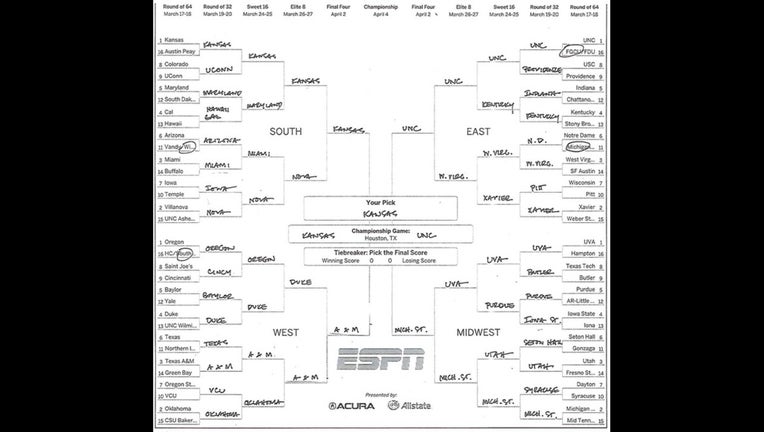 Obama picked Kansas, Texas A&M, North Carolina and Michigan State to all reach the Final Four in a bracket he filled out for ESPN.

His choice might be an unpopular one around Kansas, though. Obama hasn't correctly predicted the national champion since he picked North Carolina in his first year in office in 2009.

Obama also picked the Jayhawks to win the national championship in 2010 and 2011. Duke won in 2010 and UConn won in 2011, while Kansas missed the finals both years.

Obama told ESPN that filling out a bracket was a reminder that "college sports at its best can bring people together."

Just like all the office pool players trying to win big, Obama selected one upset in the first round. He has No. 13 Hawaii, his home state, beating No. 4 Cal.

This story has been corrected to show that Kansas did not play in the final in 2010.