WASHINGTON - With the No. 16 pick in the 2022 NFL Draft, the Washington Commanders selected Penn State wide receiver Jahan Dotson.

Dotson, 22, stands 5-11 and weighs 183 pounds, and is expected to be the slot receiver alongside Terry McLaurin and Curtis Samuel. 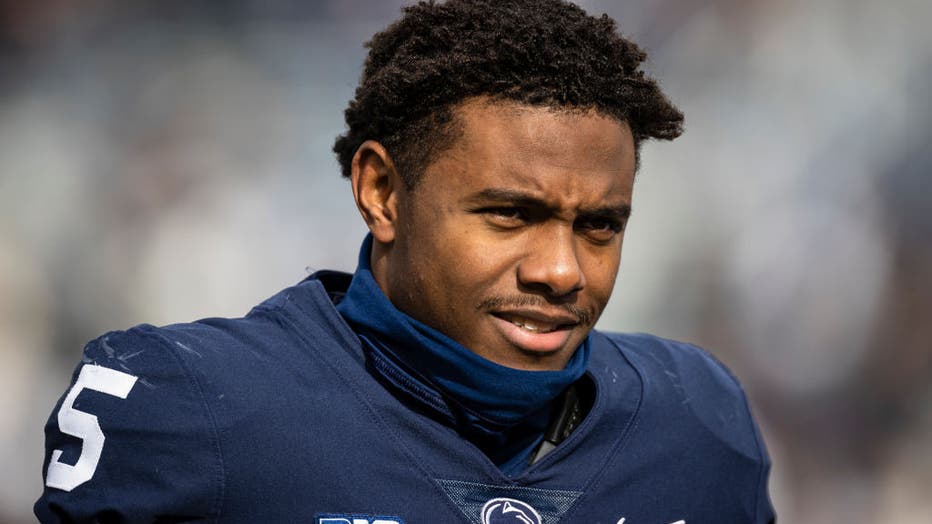 STATE COLLEGE, PA - NOVEMBER 20: Jahan Dotson #5 of the Penn State Nittany Lions looks on before the game against the Rutgers Scarlet Knights at Beaver Stadium on November 20, 2021 in State College, Pennsylvania. (Photo by Scott Taetsch/Getty Images)

The Commanders traded back in the draft to No. 16 with the New Orleans Saints. The terms of the deal have not been revealed at this time.

As a senior, Johnson led the Nittany Lions in receptions with 91 and had 1,181 yards receiving. He finished top 10 in the nation with 12 receiving touchdowns on the season.