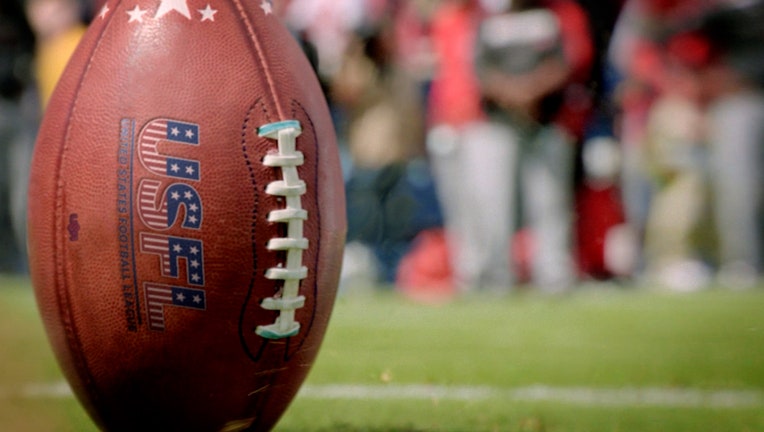 NBC Sports president Jon Miller knows the perils of starting a spring football league. He was with NBC when the network teamed with Vince McMahon and World Wrestling Entertainment during the XFL’s first launch in 2001 and has seen other leagues crash and burn.

Miller is optimistic that a new version of the USFL could have some staying power.

"Hopefully, the fifth time is a charm. I think the timing is right, the partnership is right, and the model is bred for success," Miller said. "We’re optimistic, hopeful, and excited at the same time."

RELATED: USFL 2022: What to know ahead of inaugural season's debut this weekend

The USFL kicks off Saturday night in Birmingham, Alabama, when the New Jersey Generals face the Birmingham Stallions.

Fox and NBC Sports will each carry 22 games, including Saturday’s opener. It is the first time since the 2007 regular-season finale between the New England Patriots and New York Giants that a game will air on multiple broadcast networks.

Fox Sports owns the USFL and is making a $150 million investment over three years. The only similarity between the USFL of 1983-85 and this one is the team names.

Fox Sports executive vice president Michael Mulvihill thinks the XFL would have made it if it wasn’t for the coronavirus pandemic. The league suspended operations in April 2020 during the pandemic. It played five weeks before COVID-19 halted sports a month earlier.

In 2019, the Alliance of American Football shut down after eight weeks after running out of money.

"I think the viewership figures for spring football are good enough to give us a high level of confidence that the interest among fans is there," Mulvihill said. "It just becomes a matter of can we develop a business model that’s more effective than the leagues that have tried and haven’t succeeded. Because we’re structured the way we are, we have a pretty good chance of doing just that."

There are two significant differences with the USFL before it kicks off. It has waited until April to begin the season. The XFL and AAF immediately started their seasons after the Super Bowl and eventually had to go against the NCAA basketball tournament and the Masters.

The USFL’s most significant competition for viewers will be the NBA and NHL playoffs through the end of May. The XFL averaged 1.5 million viewers on Fox and ABC during its final week of games while AAF ratings for games on NFL Network were similar to preseason NFL games.

The other difference is that the season will take place in two cities. The regular season will occur in Birmingham, with the playoffs slated for the Pro Football Hall of Fame in Canton, Ohio.

"It’s beneficial for us to get on solid financial footing and then year two start to kind of dial it in. Our goal is year two. Nobody’s done that in a while," said former Dallas Cowboys standout and Fox NFL commentator Daryl Johnston, the USFL’s executive vice president of football operations.

Johnston also had front-office roles in the XFL and AAF. Brian Woods, the founder The Spring League, is the USFL’s president of football operations, while Fox NFL and college football rules analyst Mike Pereira will act as the head of officiating. 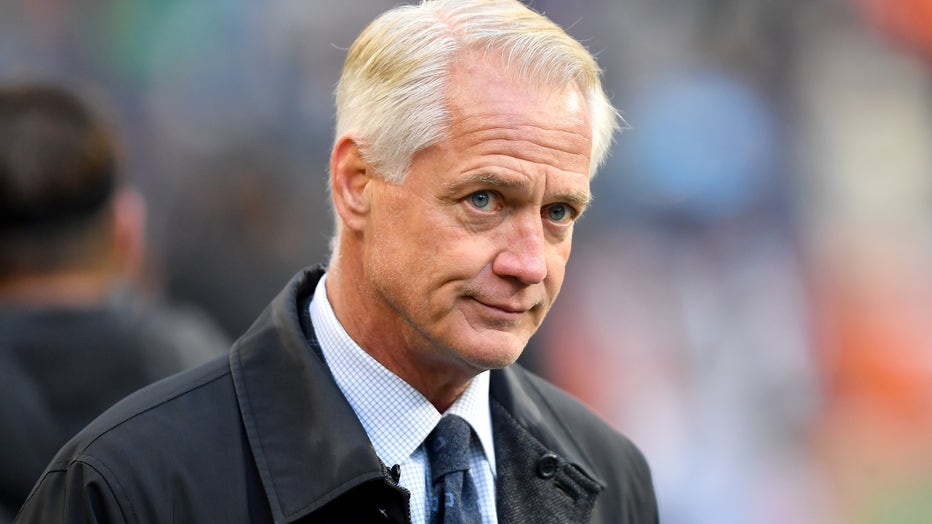 SEATTLE, WASHINGTON - FEBRUARY 22: Daryl Johnston, director of player personnel for the Dallas Renegades, looks on during the game against the Seattle Dragons at CenturyLink Field on February 22, 2020 in Seattle, Washington. The Dallas Renegades topp

The eight teams will play a 10-game schedule during the regular season, with the top two in the North and South divisions advancing to the playoffs. The championship game will be a matchup of division winners.

Among other things to watch with the new league:

Closer to the game

Fox and NBC will use drones in football game coverage for the first time. During last week’s scrimmages, the drone followed a player through the hole during one play to show his running path.

Two players from each team will also have cameras in their helmets. During the scrimmages, the helmet cams captured a player blocking a punt and a defensive back intercepting a pass in the end zone.

Telecasts will also have access to all the audio feeds of coaches and 32 players on both teams wearing mics.

"The technology will grow throughout the season because there are things that have never been tried before," said Fox Sports producer Chuck McDonald. "The biggest learning curve will be figuring out what’s great."

The technology won’t just extend to broadcasts. Instead, the USFL will not use chain gangs, relying on a chip inside the football to spot the ball. On close plays for first downs, Hawkeye technology — used in tennis to tell if a ball is inbounds — will be utilized to see if a player got the necessary yards.

Besides the extra point and 2-point conversion after touchdowns, teams can attempt a 3-point conversion from the 10-yard line. That means an 18-point deficit theoretically remains a two-possession game.

Teams will also have the option of running a fourth-and-12 play from the 33-yard line to make a first down and retain possession instead of attempting an onside kick.

Most defensive pass interference calls will be 15 yards. It would be a spot foul if a defender intentionally tackles a receiver beyond 15 yards.

Teams, players and coaches of note

According to FanDuel Sportsbook, the Michigan Panthers and Tampa Bay Bandits are the co-favorites at 4.5-1.

Michigan also has two of the more recognizable names at quarterback. Former University of Michigan standout Shea Patterson is in line to start, with Paxton Lynch serving as the backup. Lynch used to play for the Broncos and Seahawks.