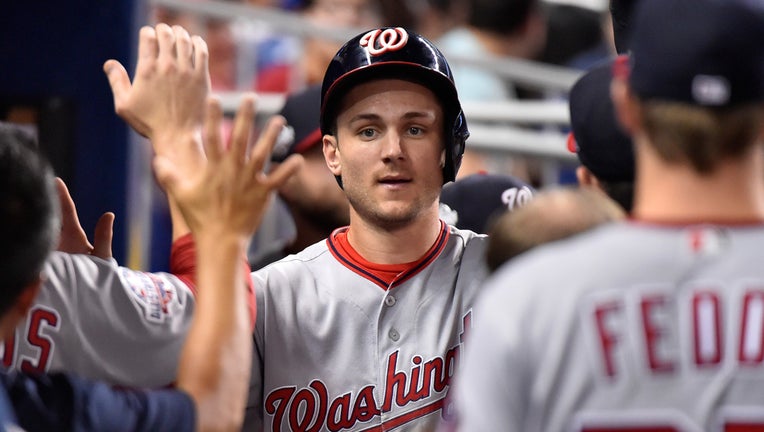 The 25-year-old Turner said there is no excuse for his language and he is "sincerely sorry for those tweets and apologize wholeheartedly."

"I believe people who know me understand those regrettable actions do not reflect my values or who I am," he said in a statement issued by the team. "But I understand the hurtful nature of such language and am sorry to have brought any negative light to the Nationals organization, myself or the game I love."

Atlanta Braves pitcher Sean Newcomb also apologized Sunday for racist, homophobic and sexist tweets he sent as a teenager, calling them "some stupid stuff." Major League Baseball dealt with a similar situation this month involving Milwaukee Brewers reliever Josh Hader on the night he pitched in the All-Star Game.

Mike Rizzo, the president of baseball operations for the Nationals, said he spoke with Turner about the issue.

"He understands that his comments -- regardless of when they were posted -- are inexcusable and is taking full responsibility for his actions," Rizzo said in a separate statement released by the team.

"The Nationals organization does not condone discrimination in any form, and his comments in no way reflect the values of our club. Trea has been a good teammate and model citizen in our clubhouse, and these comments are not indicative of how he has conducted himself while part of our team. He has apologized to me and to the organization for his comments."

Turner is batting .265 with 13 homers and 43 RBIs for the disappointing Nationals, who dropped to 52-53 with the loss to the Marlins. Turner, a first-round pick by the Padres in 2014, also is among the major league leaders with 24 steals.

Turner was one of five NL candidates for the online balloting for the final All-Star roster spots, won by Brewers slugger Jesus Aguilar.

Hader apologized after offensive tweets he sent when he was a teenager came to light on July 17. The next day, Major League Baseball said the 24-year-old Hader will be required to go through sensitivity training and participate in diversity and inclusion initiatives.