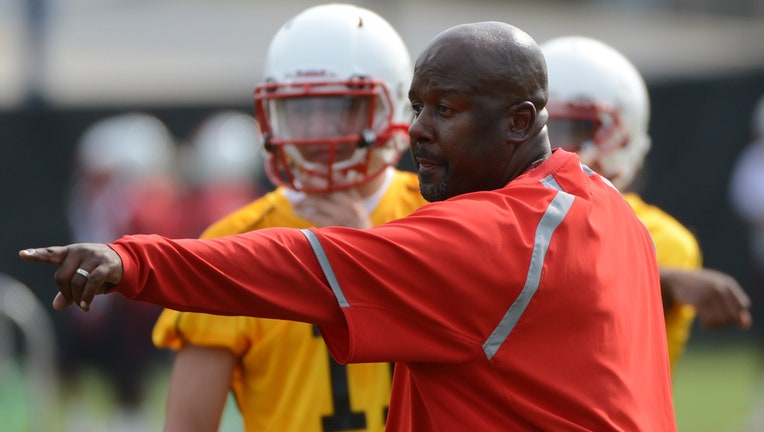 COLLEGE PARK, Md. - It's time for Michael Locksley to find out what kind of football team he's got in his first year as Maryland's head coach.

"I was hired about nine months ago, and I've said many times, this is a dream job for me," Locksley said. "Now it's become a reality. I'm excited to see where we are as a program."

Following a miserable 2018 season, the Terrapins start anew Saturday with a home game against neighboring Howard, which also features a head coach in his debut at the school.

Locksley was hired in December to take over a team that was 5-3 before losing its final four games, and that wasn't nearly the worst of it. Offensive lineman Jordan McNair died of heatstroke following a spring workout, launching an overhaul of the program that included the firing of coach DJ Durkin following an external investigation of the culture of the team.

Enter Locksley, a Maryland native who previously served two stints as an assistant coach with the Terrapins and arrived after a successful run as Alabama's offensive coordinator.

"It's important to make a good first impression on our fan base," Locksley said. "There is a new era upon us. It's our goal to do a great product on the field that our fans will be excited about."

Some other things to know about the season opener between Howard and Maryland:

PRINCE OF A MAN

Ron Prince takes over at Howard after serving as an assistant at Michigan. Prior to that, he was an assistant with the Detroit Lions and head coach at Kansas State.

"Coach Prince's experience in the Big Ten and Big 12 conferences and in the NFL are impressive and in line with our vision for what Howard football can be," school president Wayne A.I. Frederick said upon hiring the 49-year-old last December.

Prince takes over for Mike London, who left for William & Mary after guiding Howard to a 4-6 finish last year, including 4-3 in the Mid-Eastern Athletic Conference.

Jackson starred as a redshirt freshman with the Hokies in 2017 and started three games last year before a leg injury ended his season.

"He's come in and done things the right way with how he works, how he communicates," Locksley said. "You see the maturity that he has, having led an offense before."

"He's a dynamic player. He extends plays with his feet and can make plays with his arm," Locksley said. "It's a great challenge for us going into Week 1."

Anthony McFarland Jr. heads a strong Maryland offensive backfield that has accounted for 3,350 yards rushing. McFarland had successive 200-yard games as a freshman last year, averaged a whopping 7.9 yards per carry and finished with 1,034 yards.

"I want to show the fans that after all the adversity we went through last year, it's a different team now," McFarland said. "It's going to be a special season."

Maryland has scored at least 34 points in six straight openers, averaging 47 points per game. That includes last year's 34-29 upset of Texas and a 52-13 rout of Howard in 2016, the only previous meeting between the teams.