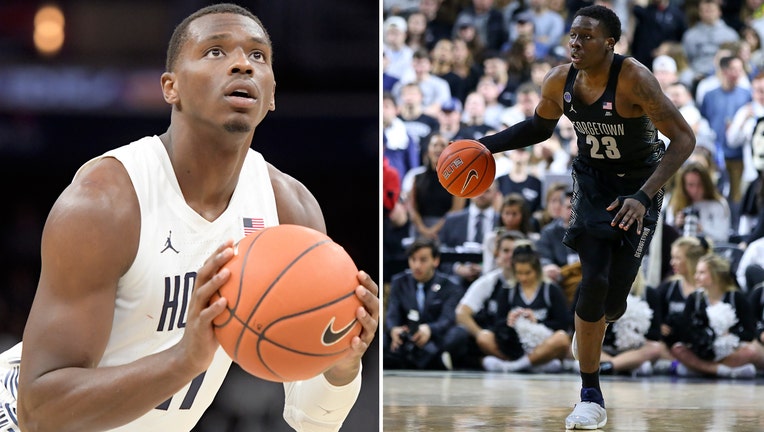 WASHINGTON (FOX 5 DC) - DC police have closed a case into allegations against two former Georgetown University basketball players and said no arrests were made.

The Metropolitan Police Department confirmed to FOX 5 that the cases against former players Josh LeBlanc and Galen Alexander were closed and stated no arrests were made in either case.

LeBlanc, Alexander and Myron Gardner still face a civil lawsuit over harassment claims. In the civil lawsuit, Gardner is accused of sexual misconduct. A complaint against all three includes assault and battery allegations.

On Dec. 9, Gardner, Alexander and LeBlanc signed what are called “consent agreements.”

There’s no admission or finding of guilt – just an agreement to stay away from the alleged victims – who are fellow Georgetown students. The stay-away order is good for 12 months and the former players are not allowed within 50 feet of the alleged victims, their roommates, or the women’s Georgetown apartment.

In addition, the former players have agreed to refrain from contacting the victims – directly or indirectly – through social media, or other means.