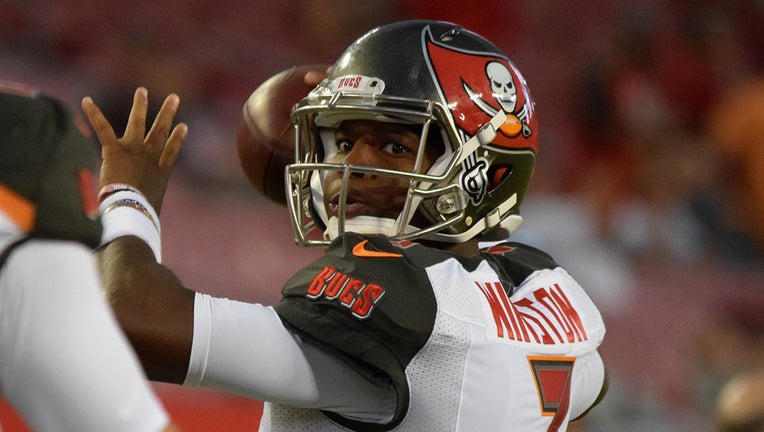 TAMPA (AP) - Tampa Bay Buccaneers quarterback Jameis Winston and the woman who accused him of rape while both attended Florida State University have settled the civil lawsuit she brought against him.

Federal court records show that the 2013 Heisman Trophy winner and his accuser, Erica Kinsman, "reached a compromise with contingencies" Wednesday with joint motions for dismissal anticipated within 20 days.

Terms of the settlement are confidential. Blaine Kerr, one of the attorneys representing Kinsman, said "the case has been resolved to the satisfaction of the parties."

The trial had been scheduled to begin April 3 in U.S. District Court in Orlando.

The Associated Press does not typically identify people who say they have been sexually assaulted, but Kinsman has spoken publicly about her case, including in a documentary.

Winston had filed a countersuit against Kinsman. Donald King, who is one of the attorneys representing Winston, said that also has been settled.

Kinsman has said she was drunk at a Tallahassee bar when Winston and others took her to an apartment, where she says the quarterback raped her.

Winston has said the allegations are false and he and Kinsman had consensual sex. Prosecutors a year later said there wasn't enough evidence to win a conviction and there were gaps in Kinsman's story.

Kinsman filed the lawsuit two weeks before Winston was made the top overall pick in the NFL Draft by Tampa Bay. In May 2015, Winston filed a countersuit, saying Kinsman made false and defamatory statements and she was trying to take advantage of his newfound wealth.

In January, Florida State settled the Title IX lawsuit Kinsman filed against it for $950,000. As part of the settlement, FSU made a five-year commitment to sexual assault awareness and prevention. The university also agreed to publish annual reports for the next five years about those programs.

Winston is in his second season in Tampa Bay and has led the Buccaneers (8-5) into contending for a playoff spot with five straight wins going into Sunday's game at Dallas. Kinsman graduated this past spring from another four-year university.