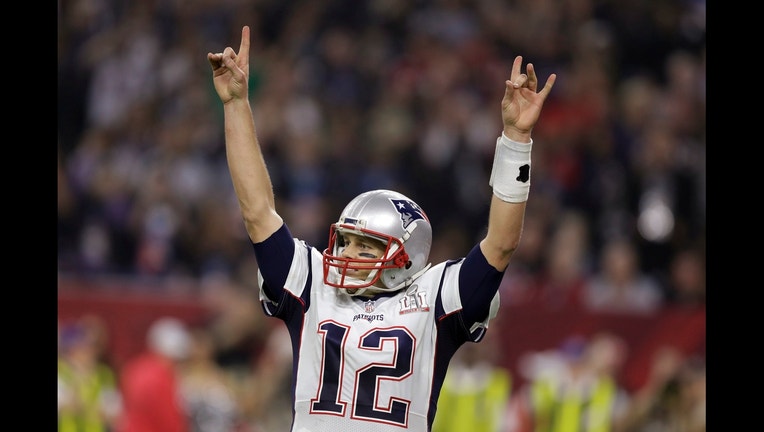 HOUSTON - (AP) -- Tom Brady thinks his Super Bowl jersey has been picked off.

The Patriots quarterback, selected the MVP of New England's 34-28 victory over the Atlanta Falcons on Sunday night, couldn't find his game-worn No. 12 jersey in the locker room after the big win. He told a Patriots equipment manager that he remembered placing it in his locker, adding that "someone stole it."

After looking through his bags to no avail, Brady told owner Robert Kraft that "someone stole my game jersey." Kraft told Brady: "You better look online."

While Brady walked to the team bus, a reporter asked the quarterback if he had recovered the jersey. Brady said he hadn't and added: "Yeah, it's going to be on eBay at some point."