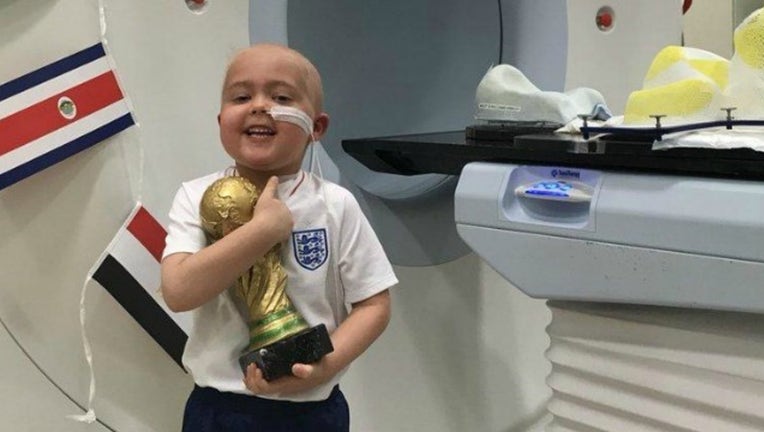 ENGLAND - A brave little boy from England has earned himself a very special trophy.

He was unable to walk and talk before his treatment. Then, a week ago he asked for the World Cup. So, the hospital decided to make his dream come true. After completing treatment, Ben was awarded with a replica World Cup trophy.

"Carry on fighting and we'll do everything we can on Saturday to keep a smile on your face," Kane said ahead of England's World Cup quarterfinal win over Sweden.

England has to win two more games to bring the World Cup home.