WASHINGTON - The Washington Nationals may be up for sale.

That’s according to a new Washington Post report that says the family of real estate magnate Ted Lerner is exploring potential changes in the club’s ownership structure.

In a statement, Mark Lerner told the paper, "this is an exploratory process, so there is no set timetable or expectation of a specific outcome. The organization is as committed as ever to their employees, fans, sponsors, and partners and to putting a competitive product on the field."

Sports business expert and CEO of LifeFlip Media Eric Mitchell told FOX 5 that while he isn’t sure why the Lerner family would consider selling the team — money may be a factor.

"The pandemic did hit these teams," Mitchell explained. "They didn’t get full seasons for two straight years."

As for fans of the Nats, Mitchell said he doesn’t believe an ownership change would make much of a difference. "The Nationals most likely will be sold, they will not go anywhere. They’ll just have a new hip owner," he said. 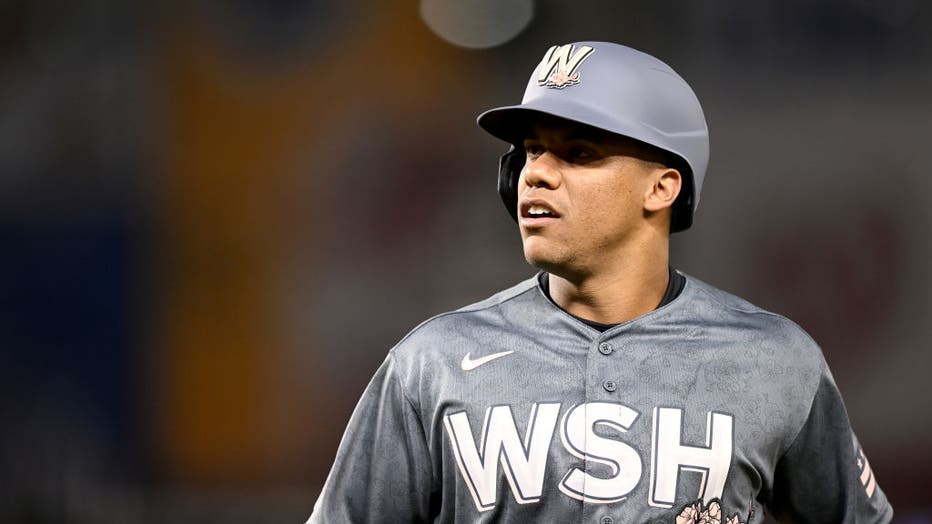 WASHINGTON, DC - APRIL 09: Juan Soto #22 of the Washington Nationals walks to the dugout during the game against the New York Mets at Nationals Park on April 09, 2022 in Washington, DC. (Photo by Greg Fiume/Getty Images)

Of course, this is D.C. "Well I mean, it’s one of those be careful what you wish for [situations]," said ESPN 630’s Andy Pollin, a longtime local sports talk radio host. "If you’ve had problems with Lerner's ownership, there’s Dan Snyder across town."

"My first thought to be honest with you was, well they paid $450 million for the team in 2006, in order to keep Juan Soto they’re going to have to pay more than that," Pollin continued.

Ahead of Opening Day, Fox 5's David Kaplan caught up with fans of the Washington Nationals to get their expectations for the 2022 season.

Mitchell said he’d be surprised if hypothetical new owners didn’t do everything in their power to keep Soto, a soon-to-be free agent and one of the best young players in baseball.

"Let’s put it this way," Mitchell added. "What new owner wants to come in and go, ‘oh I can’t wait to have a losing team?’"

The Nationals didn’t immediately respond to a request for comment.