Some would-be carjackers picked the wrong person to mess with when they targeted a man leaving the gym. FOX 5's Lindsay Watts has more.

STAFFORD COUNTY, Va. - Three carjacking suspects in Stafford County bit off more than they could chew when they tried to steal a vehicle belonging to a mixed martial artist without knowing how to handle a stick shift, according to the sheriff’s office.

According to the Stafford County sheriff’s office, the trio attacked the victim with a wooden stick outside Anytime Fitness in North Stafford on Tuesday afternoon. 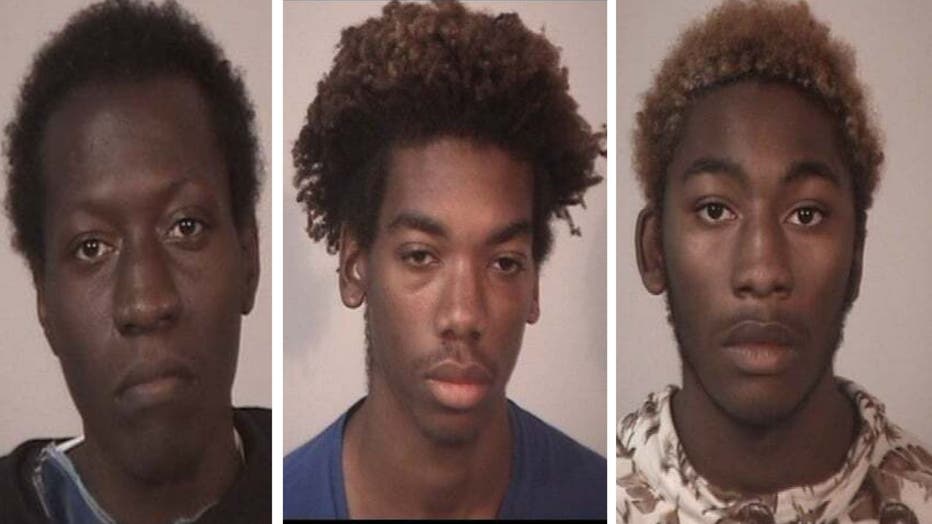 The victim was able to use his fighting skills to fend off the attackers, according to the sheriff’s office, but one alleged culprit managed to swipe his keys.

When sheriff’s deputies arrived at the scene around 4:51 p.m., they learned that the suspects had driven off in a white Acura sedan with Mississippi license plates.

Law enforcement located the vehicle on Garrisonville Road, but they were able to get onto I-95, reportedly accelerating to 98 miles per hour with deputies in pursuit.

When the suspects stopped their car, they jumped out and ran away, but a sheriff’s office K-9 tracked them into heavy brush.

Deputies reportedly warned the suspects to stay put, or they would unleash the K-9.

According to the sheriff’s office, two of the suspects complied, but a third ran off.

The sheriff’s office says their K-9 chased him down, however, within 50 yards. The suspect was taken to a local hospital for treatment from a dog bite.

Jabez Clark, 19, of Stafford, Korey Richardson, 18, of no fixed address, and Jacob Land, 20, of Norfolk were all arrested and jailed without bond.

Land was charged with carjacking, robbery, conspiracy and vandalism.