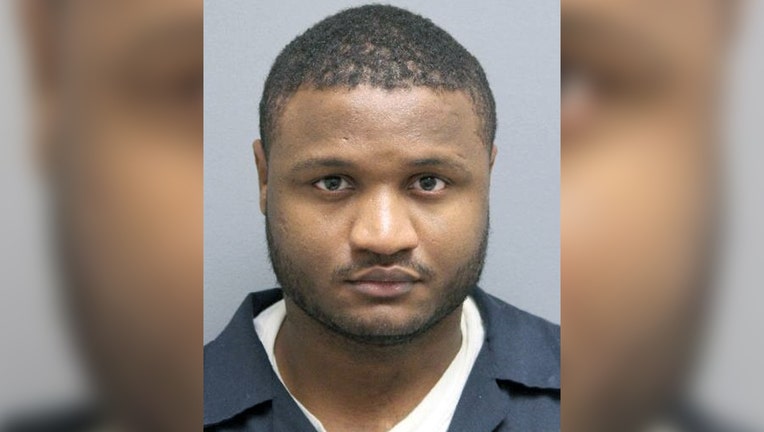 WOODBRIDGE, Va. - A man who abducted a woman at gunpoint and raped her in Prince William County has been charged, according to officials.

Prince William County police began investigating in July after the victim told them a man waiting in an enclosed stairwell with a gun had held her up at gunpoint and raped her outside an apartment building in the 12200 block of Stevenson Court in Woodbridge.

The victim - an 18-year-old woman - was then told to go into a wooded area while the suspect ran away from the scene. The victim told a friend what happened and the friend reached out to authorities.

During the search, they recovered marijuana and a gun, and Peterson was arrested on drug and weapon charges.

While he was being held in jail, investigators said they linked Peterson to an unrelated shooting on Hoffman Drive in Woodbridge.

Officials said Peterson shot a 19-year-old man and also fired at his vehicle. A 20-year-old woman and a 1-month-old baby who were in the vehicle were not injured, according to authorities.

In October, police said they were able to tie Peterson to the rape after they received the forensic results collected during the investigation.

Peterson is currently being held without bond.