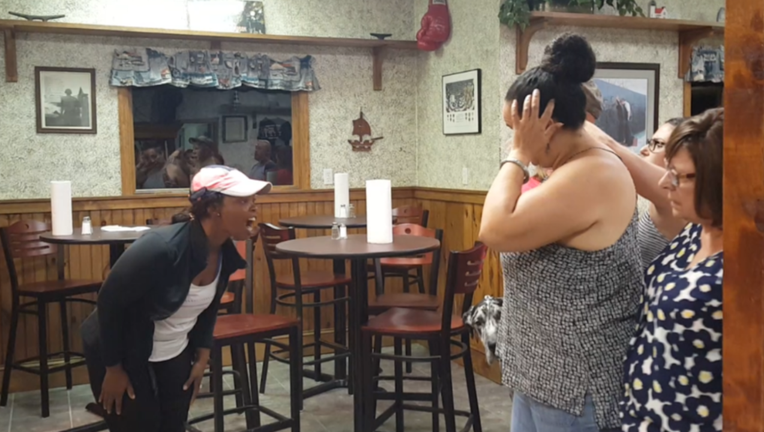 DELAWARE CITY, DE - A restaurant patron in Delaware wasn't thrilled to be eating next to a fellow patron's service animal -- and she wasn't afraid to let him know.

The woman, who was dining at Kathy's Crab House & Family Restaurant in Delaware City, was filmed yelling at a group of people in the middle of the eatery, arguing that having a dog in the dining room is "nasty," and that there should be a "separate section" for people with animals, reports Heavy.com.

"I'm not going to keep my voice to myself," she can be seen telling a fellow patron. "I'm gonna voice it just like I did, and there's nothing you can do about it."

In the video, the woman herself also claimed to be the widow of a military veteran, but that didn't seem to soften her stance on the large Great Dane wearing a vest reading "PTSD Service Dog."