A woman who said she was left to give birth to her baby alone on the floor of her jail cell in Maryland filed a federal lawsuit Tuesday alleging that jail nurses ignored her screams and pleas for help for six hours. FOX 5's Katie Barlow has the story.

MARYLAND - A woman who said she was left to give birth to her baby alone on the dirty, concrete floor of her jail cell in Maryland filed a federal lawsuit Tuesday alleging that jail nurses ignored her screams and pleas for help for six hours.

Jazmin Valentine alleges some nurses working for the jail’s contracted medical provider, Pennsylvania-based PrimeCare Medical, Inc., said she was withdrawing from drugs, not in labor, and some jail staffers and medical staff laughed at her, saying she was just trying to get out of her cell late at night in July 2021 at the Washington County jail in Hagerstown.

Valentine claims she punched the walls of her solitary confinement cell, which did not have blankets or sheets, during her most painful contractions and removed what she believed was her baby’s amniotic sac and slid it under her cell door to prove she was about to have a baby. 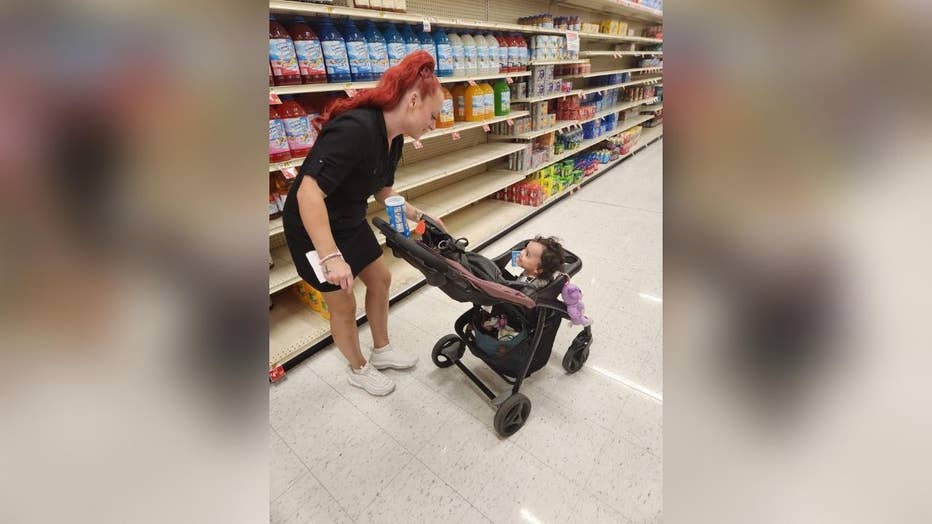 Jazmin Valentine and her baby.

A fellow inmate, hearing Valentine’s pleas, called Valentine’s boyfriend, who called the jail pleading with staffers to help her, the lawsuit said.

The nurses also ignored a concern raised by a jail deputy about Valentine but he did not contact any superiors, the lawsuit said. He discovered Valentine holding the baby girl in her cell about 15 minutes after she was born just after midnight on July 4, 2021 and an ambulance was called to take them to the hospital, according to the lawsuit.

Because of the unsanitary conditions in the cell, the baby developed a type of staph bacteria infection that is resistant to many antibiotics, the lawsuit said.

Valentine, who had never given birth before, said she feared that her baby would die and she might bleed out while delivering her. But realizing that no one was going to help, she said she was determined to try to deliver the baby on her own.

"In my brain anything could happen," she said of her fears. "I felt like I was in the hands of the devil, honestly."

The lawsuit alleges that Washington County, Maryland, its sheriff department and sheriff, as well as nurses and deputies at the jail violated Valentine’s rights under state law and the Constitution.

County spokesperson Danielle Weaver said the county had no comment. PrimeCare did not immediately return a telephone call seeking comment.

Valentine was over eight months pregnant when she was arrested for an alleged probation violation and taken to the jail the day before she went into labor, the lawsuit said. Valentine was released several days later and her baby is doing well, she said Tuesday.

READ A COPY OF THE LAWSUIT BELOW:

The lawsuit is similar to one filed in 2019 by a woman who gave birth alone in Denver’s jail the year before, claiming that nurses and deputies ignored her pleas for help for five hours. Surveillance video released then by the law firm representing Diana Sanchez, which is also representing Valentine, showed her lying down on a narrow bed, crying out in pain and delivering a baby boy. The city eventually settled the lawsuit.

Following Sanchez’s delivery, the Denver County Sheriff’s Department, which runs the jail, said it changed its policy to ensure that pregnant inmates who are in any stage of labor are immediately taken to the hospital. Previously, decisions about whether to move a pregnant inmate were left to jail nurses but deputies were authorized to call for an ambulance for someone in labor.

David Lane, whose law firm is involved in both cases, said he believes they highlight problems both of privatizing health care behind bars and the attitudes of correctional administrators.

"As long as jail and prison administrators view inmates as animals these kinds of things will continue to happen," he said.