Owl attacks might not be a top concern for D.C. residents, but they’re not out of the realm of possibility.

WASHINGTON (FOX 5 DC) - Owl attacks might not be a top concern for D.C. residents, but they’re not out of the realm of possibility.

A woman learned that recently when an owl dive-bombed her head three times in the Woodley Park neighborhood of Northwest.

Anna Scrimenti said she walks in her neighborhood every day, but had never seen an owl until one got up close and personal last month.

“I felt something on my head. It was quite unpleasant and a kind of digging sensation,” said Scrimenti. “It perched right over on that street sign and I realized it was an owl.”

She snapped a few pictures of the bird and turned to walk in the other direction.

“And two more times before I got to the top of the hill, it swiped my head again with its talons,” she said.

It scratched her neck and her skull, but she’s just glad it wasn’t worse. 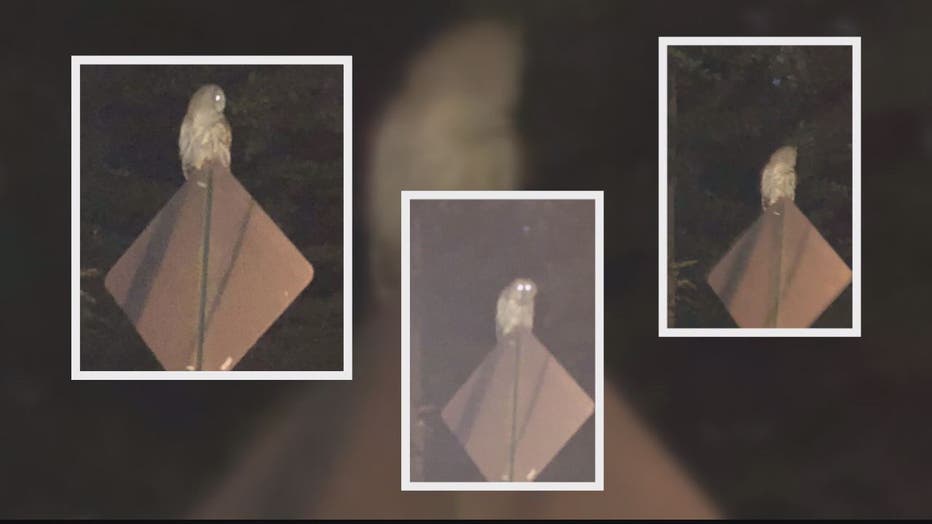 “I always thought owls were quite peaceful until now,” she said.

Her story, first reported by the Washington Post, isn’t an isolated incident.

There are occasionally owl attacks around the D.C. region, and wildlife experts say owls, including the barred owl that attacked Scrimenti, are quite common to the area.

Owls can attack when they feel threatened or when they confuse your head for prey.

“Lots of joggers in the Rock Creek Park area from Maryland all the way down to Georgetown have had similar events,” she said.

She heard from one neighbor who said she was attacked twice last year near National Cathedral.