The suspect, identified as Melody Mellon, 30, allegedly stole the dog from the dying man while the police and fire department were aiding him.

LONGMONT, Colo. - A Colorado woman allegedly stole a dog from a dying man who was in the throes of a seizure in the parking lot of a 7-Eleven. She was arrested later for auto theft after the dog was found, police said.

Robert Corbey, 59, was walking his dog Sampson when he suffered a seizure on Tuesday night.

The suspect, identified as Melody Mellon, 30, allegedly stole the dog from the man while the police and fire department were aiding him.

Corbey was later rushed to a local hospital where he died.

The woman then gave the dog to a couple, according to Longmont Police Deputy Chief Jeffrey Satur. But it’s unclear why the woman did so. Police were able to retrieve Sampson from the couple and return him to his original family.

“We understand this was an emotional reunion. But, kisses all around to the large group of family that came to pick Sampson (Sammy) up. He was thrilled to see them,” the Longmont Police said in a Facebook post. 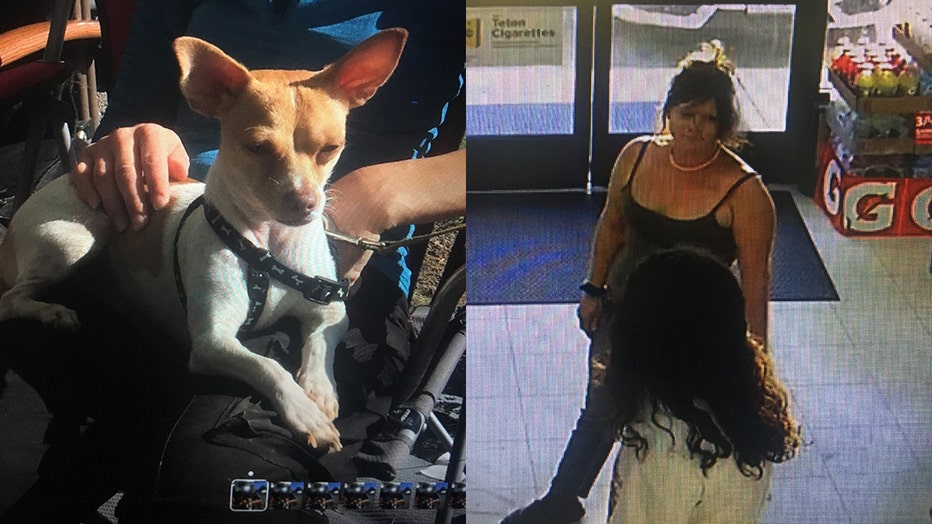 Mellon, meanwhile, was issued a municipal summons for theft of the dog, according to the Longmont Police Department.

Then, on Thursday morning, Mellon was arrested for allegedly stealing a vehicle. Authorities had discovered her passed out inside the car.

When Mellon was taken into custody, she was “verbally antagonistic“ and ”combative,“ according to an arrest report. While she was being transported to the Boulder County Jail, she “intentionally urinated and spit inside the patrol vehicle,” the report said.

Mellon faces additional charges of resisting arrest and assaulting a police officer, according to the police department.