Randy Clarke has been named the new CEO and general manager of the Washington Metropolitan Area Transit Authority.

Metro's Board of Directors released a statement Monday regarding the sudden change in leadership.

"The WMATA Board of Directors has accepted Paul Wiedefeld’s decision to make his retirement effective today," Board Chair Paul C. Smedberg said in the statement.

Chief Operating Officer Joe Leader has also resigned, according to the Board.

"The Board appreciates Paul’s and Joe’s commitment to WMATA over the last six years. We feel the timing is right for Interim General Manager and CEO Andy Off to lead the organization through this critical transition period, with a continued emphasis on safety," the statement reads. "Safety is and will continue to be our top priority. We will look to Andy’s leadership to ensure we continue on this path."

Clarke, the former president and CEO at Capital Metro in Austin, Texas, is expected to begin working at WMATA late summer.

He took over as WMATA CEO and general manager in 2015.

He led Metro through many challenges – including the COVID-19 pandemic.

In a separate statement, Wiedefeld said that he decided to retire Monday to help Interim General Manager Andy Off's transition. 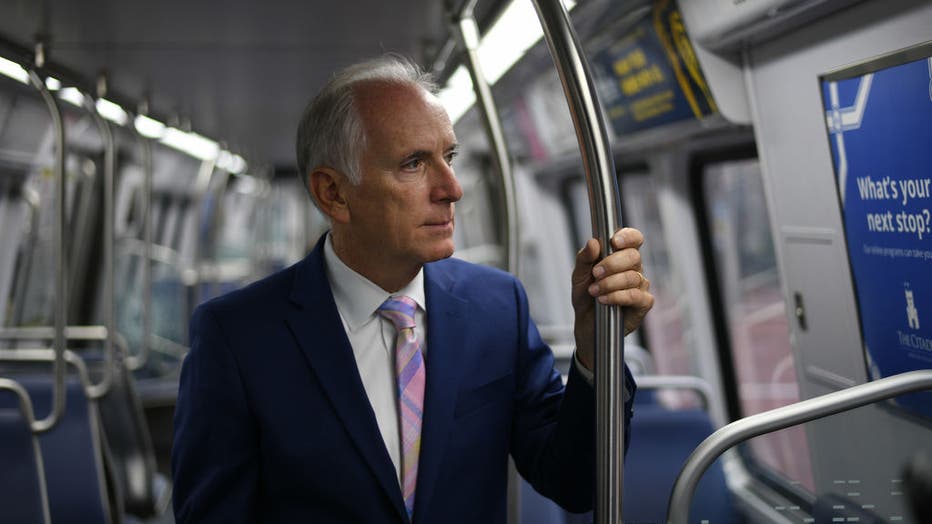 "I have also accepted the resignation of Chief Operating Officer Joe Leader, effective immediately," Wiedefeld said. "I believe conveying all authority of the General Manager’s office to Mr. Off better positions him to address the challenges that came to light this week, while preparing for the transition to the next CEO. Stepping aside a few weeks ahead of schedule is in the best interest of the agency and its workforce, whom I have been deeply proud to lead over the last six years.

"I thank Joe Leader for his tireless work and dedication, and I wish the men and women who move this city continued success. I am also very grateful to Metro’s customers, stakeholders, and Board for your support."

On Monday morning, Metro officials said service has been reduced temporarily after nearly half of their rail operators have lapsed recertification.

Metro said they have removed 72 train operators from service who became out of compliance prior to May 2021.