WASHINGTON - During President Biden's State of the Union address, there are reports that a few members of Congress yelled out while the president was speaking. 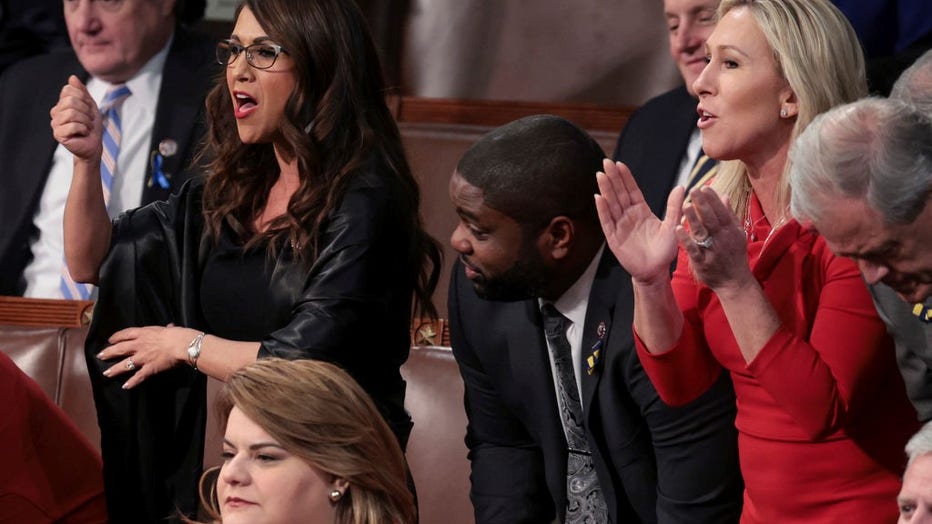 As Biden spoke about helping soldiers who came home sick from Iraq and Afghanistan with toxic burn pits and the cancers that would one day put them in a "flag-draped coffin," Colorado Republican congresswoman Lauren Boebert shouted, "You put them in! 13 of them." Boebert's response was likely related to the 13 U.S. service members who were killed in a suicide bombing at Kabul airport in Afghanistan in August 2021.

Boebert was joined by fellow GOP congresswoman Marjorie Taylor Greene when the president began to discuss immigration. The two representatives could be heard chanting "Build the wall," which was a popular slogan during Donald Trump's presidential campaign. Boebert and Greene's rally cry did not pick up steam.