BELLE, W. Va. - Residents in a section of Belle, W. Va., were told to shelter in place late Tuesday after a “chemical incident” at a local chemical plant, Reuters reported. 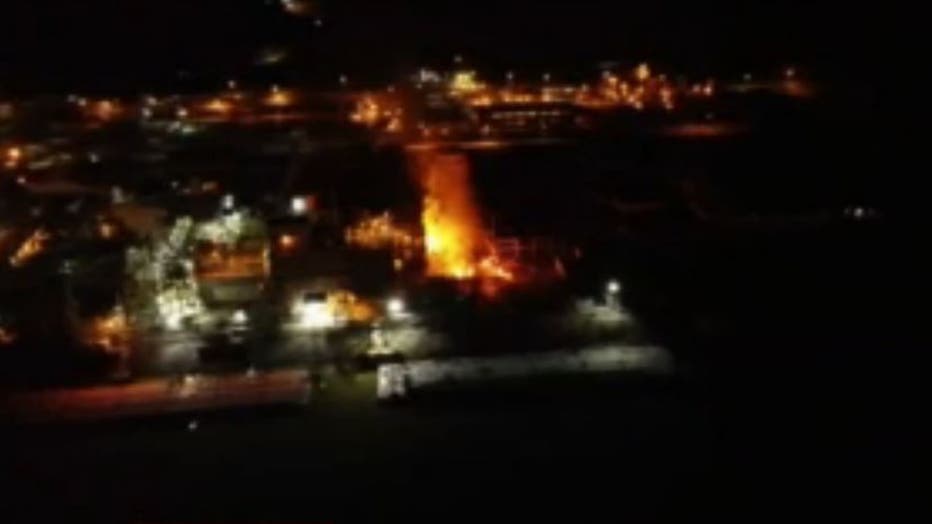 The Chemours Company said in a email that there was a fire at one of the tenant companies at their site in Belle, W.Va. The Kanawha County Commission said in a press release that the explosion occurred at the plant at 10:02 p.m.

Jennifer Herrald, the county commissioner, told Fox News that the situation is being evaluated but it is currently considered unsafe for anyone in a 2-mile radius of the plant to leave their homes.

The West Virginia Emergency Management said the 2-mile radius includes “everyone between Chelyan Bridge and Burning Springs and includes all of Belle, Marmet, Chesapeake and Chelyan.”

Four people were injured and the surrounding neighborhood was told to shelter in place after a chemical plant in West Virginia exploded overnight.

Images that were posted on social media showed smoke billowing out of the plant.

"Stay in your home," Harrald said.

Around 3 a.m., the Kanawha County Commission, in a news release, wrote that the shelter-in-place order had been lifted.

"Emergency Responders have evaluated the scene and have determined that an all-clear can be issued for the incident," the release said.

Meanwhile, the Chemours Company told Fox News that responders worked to contain the fire -- which is under control.