Water main breaks are causing traffic delays along a roadway in Montgomery County.

GAITHERSBURG, Md. - Two water main breaks caused traffic delays along a roadway in Montgomery County, and has left some residents without water.

Authorities say breaks in the 11500 block and 12400 block of Clopper Road has caused closures between Great Seneca Highway and Waring Station Road in the Gaithersburg area. 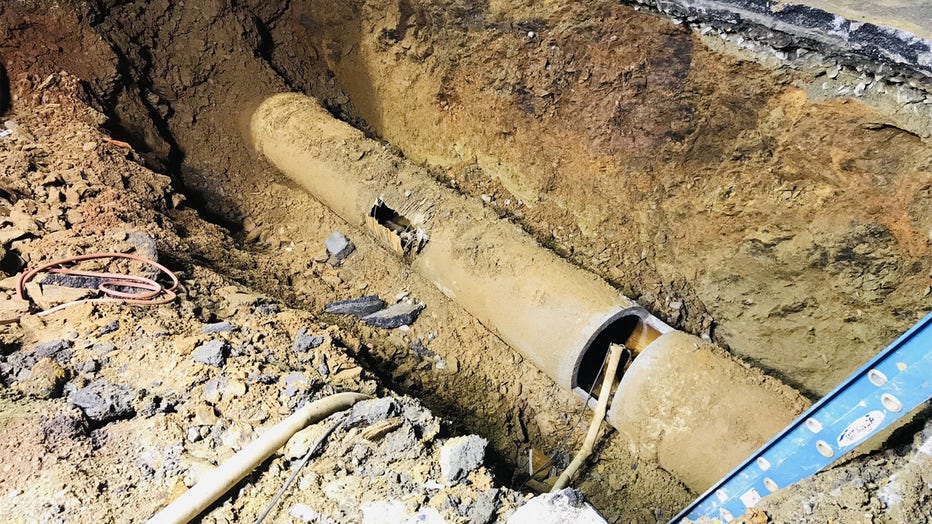 The first break was reported Tuesday night to a 24-inch line. It is unclear how may home and businesses have been impacted by the breaks.

Officials say water is estimated to be restored to the area by Wednesday evening.

To help residents left without water, a water station has been set up at the United Church of Christ of Seneca Valley, located at 13421 Clopper Road.