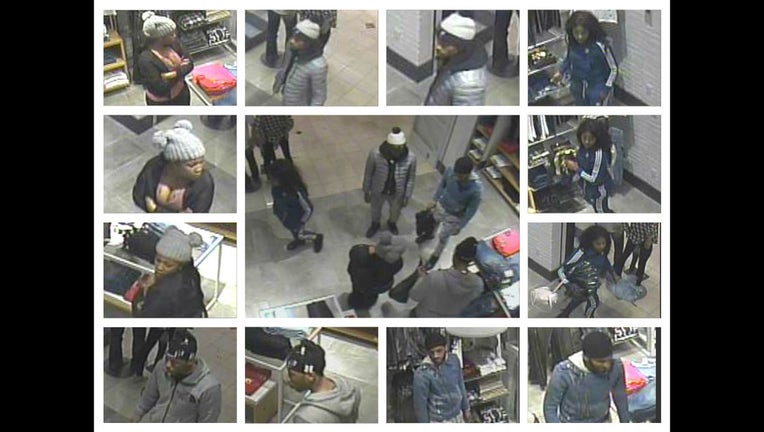 BETHESDA, Md. - Montgomery County police released video Friday showing a major theft at a True Religion store in Bethesda. Surveillance video shows five suspects stealing about $12,000 worth of merchandise from the store, which is located in the Westfield Montgomery Mall.

Police say the video shows three men and two women going into the store on January 5 just after 7 pm. Once inside, police say the suspects filled trash bags with merchandise and then left the scene. Investigators also say a store employee was assaulted by one of the suspects as she fled.

WATCH THE SURVEILLANCE VIDEO ABOVE

Investigators are asking for help from the public in tracking down the five suspects, who were seen leaving the mall through a loading dock door.

If you recognize the suspects or have information about the crime, you're asked to call the 2nd District Investigative Section at 240-773-6710.

Those who wish to remain anonymous may call Crime Solvers of Montgomery County toll-free at 1-866-411-TIPS (8477). Crime Solvers will pay a cash reward of up to $10,000 for information provided to them that leads to an arrest for this crime.