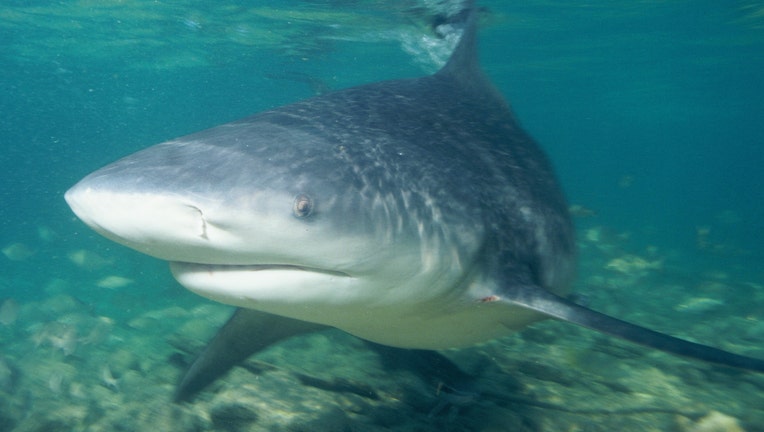 TAMPA (FOX 13) - A newly viral video shows a moment that many Floridians fear when enjoying their beautiful beaches, and the water that surrounds them.

A close call…with a shark!

Maximo Trinidad posted the video last week, saying he was paddle boarding around a surf spot off the coast of Corners Beach in Jupiter, Fla., when he noticed a Spinner Shark swimming toward him.

His face says it all before the shark even enters the video. He kind of gasps, and then positions his feet to get a better grip on the board, but it didn't prevent what happened next.

Seconds later, the shark slams into the board, causing Trinidad to lose his balance and fall into the water!

The camera on his board kept recording as he quickly jumped out of the water and back on the board to safety.

He later said he was fine, and even called it an "awesome day"…but we're guessing he had to have been scared, at least for a moment!

Check out the video below (WARNING: Graphic language):