LANDOVER, Md. (FOX 5 DC) - The First Ladies of Football are no more. Instead, the Washington Football Team announced Wednesday the cheerleaders that have been around since 1962 will be replaced with a new coed dance squad.

Led by veteran NBA executive Petra Pope, it’s being billed as a modern, diverse, and inclusive team that will combine elements of both cheerleading and dance.

"We’re gonna merge that so that we have a super engaging, high-energy, coed team," Pope told FOX 5 Wednesday afternoon, adding that former cheerleaders are welcome to tryout.

"100 percent, I ask them to please audition," Pope said. "I don’t know who the past ladies were, and I don’t care to know. I’m giving everyone a fair shake."

READ MORE: Washington Football Team cheerleaders speaking out after the program is paused

But a former team cheerleader said she believes the new squad is simply a distraction.

"It’s a slap in the face," summed up Melanie Coburn, who was a Washington Football Team cheerleader from 1997 to 2001, before becoming the squad’s marketing director until 2011. 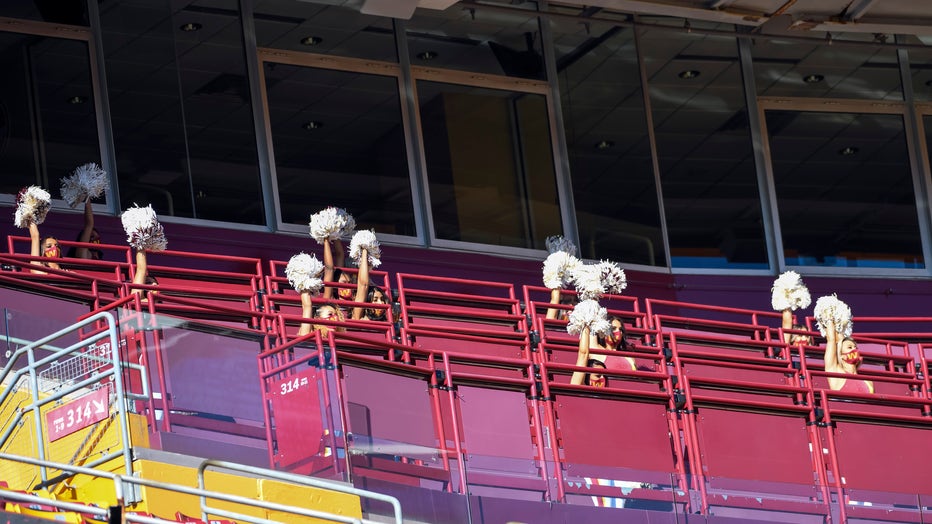 Coburn has been outspoken in condemning the team over claims reported by the Washington Post, in which former team employees alleged years of widespread sexual harassment and abuse, and also allegations that team cheerleaders were unknowingly featured in lewd videos.

"It’s Dan Snyder’s way," Coburn said. "It’s always a shiny new object, some new thing to focus on rather than looking at what has happened, these serial sexual harassment allegations that the NFL has investigated."

"The off-season gives us the opportunity to rethink the status quo. The time is right to reimagine our entire gameday experience to reinvent it in a way that reflects our modern identity and aligns with what today's fan seeks. Coach Rivera has done an incredible job on the field. We will elevate our off-the-field product to match."