ASHBURN, Va. (FOX 5 DC) - FOX 5 is learning more about what could be ahead legally for the Washington Football Team cheerleaders, now that the team has suspended its cheerleading program. The team cites "rebranding" as the reasoning.

The move comes amid ongoing investigations into the team’s alleged culture of sexual harassment.

So far she has not received any comments.

The team has retained a New York-based public relations firm and says, "in order to provide a true 'blank slate' for the development of a new gameday experience, the team will temporarily pause off-season activity of gameday programs including cheerleading and music while the new experience is developed." 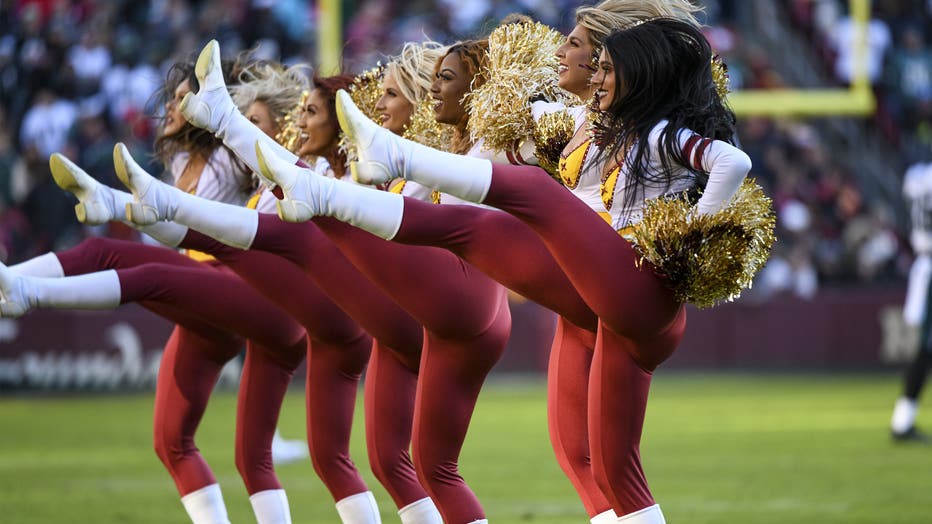 LANDOVER, MD - DECEMBER 15: The Washington Football Team cheerleaders perform during the game against the Philadelphia Eagles on December 15, 2019, at FedEx Field in Landover, MD. (Photo by Mark Goldman/Icon Sportswire via Getty Images)

There was no mention of the sexual assault and harassment allegations that surfaced in a Washington Post report over the summer — more than a dozen female employees detailed sexual harassment within the Washington Football Team organization. The NFL is currently investigating.

Of the move to suspend the cheerleading program, Washington Football Team President Jason Wright says, "the off-season gives us the opportunity to rethink the status quo."

Attorney Phillip Thompson says the cheerleaders could have legal recourse.

The timing of the team rebranding announcement comes as there’s word that the investigation into the Washington Football Team culture is almost wrapped up.

It’s unclear how much of the findings the public will actually know about.