ASHBURN, Va. - The Washington Cheerleaders are known as the First Ladies of Football and are the longest-running squad in the NFL. Right now, many cheerleaders are surprised the organization would crush the passion and dreams of nearly 40 women.

Captain Candess Correll said her teammates were made aware the cheerleading squad would be paused during a quick video call that was scheduled only 30 minutes ahead of time.

"For this to come so sudden, I’m so confused and shocked and I don’t understand the reasoning," said Correll. "I think that everyone can agree that the circumstances with how – to be quite honest – we were terminated from our contract was extremely unprofessional and not fair and not how you should – at bare minimum – treat humans yet your employees." 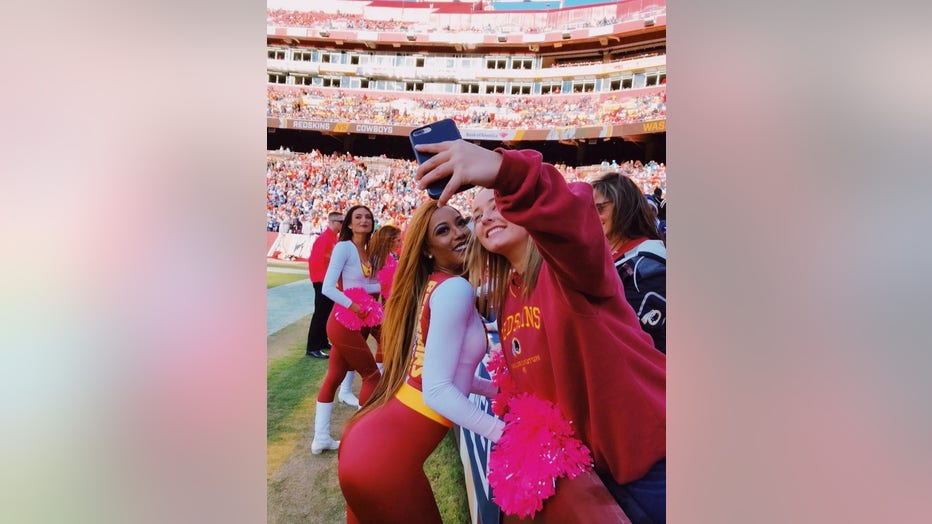 Correll is retiring after five years with the organization and served as captain the past two years. On her retirement Instagram post, she calls it ending a toxic relationship.

"I think that everyone who’s a Washington Football team fan knows that it’s not the easiest franchise to love and to be a fan of just because drama is something that’s very familiar with us," said Correll. "Over the past years, we have been fighting an uphill battle for respect."

Correll said it is heartbreaking for the women who were looking forward to being part of the cheerleading squad in the future.

"It’s absolutely not right to steal peoples dream away especially these women that have been training since they were as little three years old," said Correll.

The Washington Football Team announced it is providing a blank slate for the development of a new gameday experience. As a result, the organization is temporarily pausing the cheerleading squad. Team President Jason Wright said, "The off-season gives us the opportunity to rethink the status quo."

To some, the timing of the pause seems odd. This suspension of the cheerleading squad comes after a settlement was reached with the team over claims that a lewd video was made of cheerleaders using photos from swimsuit calendar shoots. There is also an ongoing investigation into the team's alleged culture of sexual harassment.

"I feel like if that is the reason for pausing the program then that sends a message that it’s victim blaming or that we are at fault for what happened and that is absolutely untrue," said Correll.

This sudden disruption does not sit well with former cheerleaders either including Melanie Coburn. She was also the team’s marketing director from 2001-2010.

"I 100% believe in my soul this is retaliation for the sexual harassment investigation that’s been ongoing with the NFL and team over the past year. I believe the team made the decision to cancel the program because it was easier to do than to evolve the organization and make it an equal and equitable place for women in the workplace," said Coburn. "I think that we’re being punished and cancelled because of the men in the organization who couldn’t control themselves around the strong, powerful women that were there – and who took advantage of them and abused them and violated them." 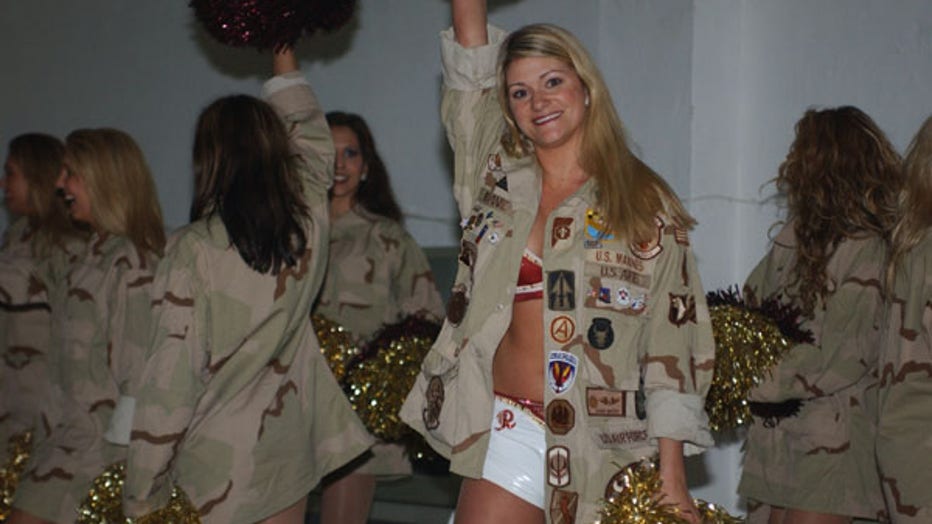 Coburn knows first-hand the fear and intimidation some women who have worked for the organization feel.

"I was harassed in the workplace," said Coburn. "I felt compelled to stay four years longer than I wanted to because I felt like I was a buffer between the women and the management. I felt like I was protecting them."

Coburn, Correll, and other cheerleaders are coming forward asking for two requests from the Washington Football Team leadership:

1 - They hope Jamilla Keene, who held the cheerleading director position, as well as the alumni organization get a seat at the table as the team works to rebrand the gameday experience.

2 - The women want the findings of the ongoing investigation into the team’s culture to be made public so no one else can continue to get away with toxic behavior.

It is important to note – other women wanted to speak on camera, but some recently settled with the Washington Football Team so could no longer do so.

The Washington Football Team did not provide any additional information, only this press release.