The District may not be on the cusp of reopening, but Mayor Muriel Bowser says one of the pillars it needs to have in place is on its way. Also, a mystery persists regarding the number of COVID-19 tests the District conducts on a daily basis, compared to the maximum number it could be conducting.

WASHINGTON (FOX 5 DC) - The District may not be on the cusp of reopening, but Mayor Muriel Bowser says one of the pillars it needs to have in place is on its way.

The mayor and federal and municipal officials highlighted the District’s ability to accommodate a second surge of COVID-19 cases on Monday when they delivered an update on the response to the virus from the Walter E. Washington Convention Center.

Bowser noted that while the number of cases, deaths and hospitalizations related to COVID-19 is lower at this point is far fewer than they’d predicted, the District is still not seeing the two-week decline benchmark that most jurisdictions are using as a precursor for reopening.

“But we have yet to see a 14-day decline in community transmission, and so we continue to have a lot of work to do to stop the spread of the virus in our city,” she said.

The convention center represents the efforts of a host of organizations – including the city administration, the Federal Emergency Management Agency and the Army Corps of Engineers.

Local and federal officials stressed on Monday that while they hope to never need it, the convention center will provide ample support to keep hospitals from being overwhelmed.

RELATED: ‘You are putting DC at risk,’ mayor tells residents who may visit reopening states 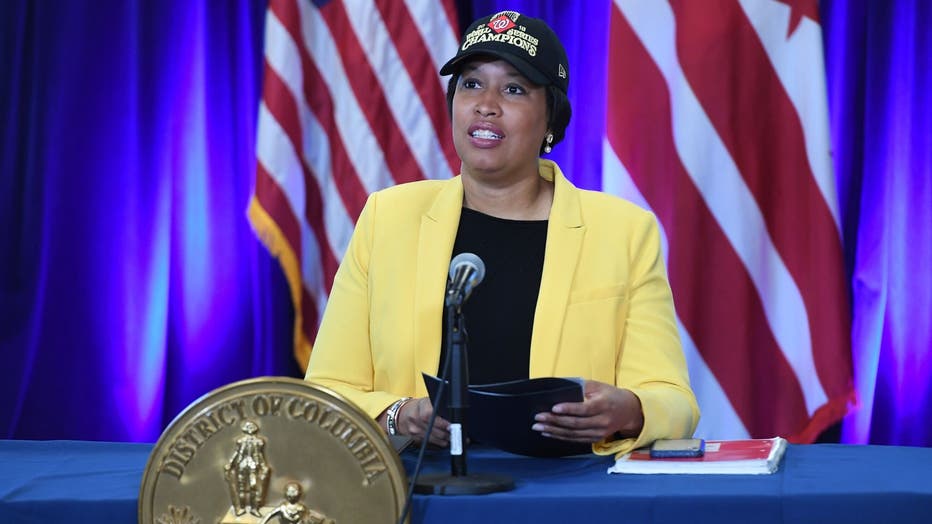 The facility increases the District’s surge capacity by 437 beds – with 100 of those beds ready for use today.

“We hope, as the mayor says that we won’t have to use these beds, but it is our goal that the District is prepared and ready to provide the necessary care should the need arise,” said FEMA administrator Pete Gaynor.

According to Gaynor, FEMA committed $56 million to reinforcing the District’s surge capacity – both at the convention center and the United Medical Center.

A veteran of the work involved in such facilities, Lt. General Todd Semonite of the Army Corps of Engineers said the convention center is their best effort to date.

“I’ve been through an awful lot of these facilities, but this one is the best one that we’ve ever built because this is the one that’s the most current, so we rolled all of those capabilities into it,” he said.

According to the Lt. General, the design and construction at the convention center incorporated all of the lessons the Army Corps of Engineers had gleaned from previous endeavors.

According to a presentation from the District, the facility includes:

In addition, it features: