ARLINGTON, Va. - Virginia taxpayers may soon have some extra money in the bank.

It’s because earlier this year, lawmakers passed a law giving taxpayers a one-time rebate of up to $250 for individual filers and up to $500 for joint filers.

In Richmond Tuesday, Virginia Tax Commissioner Craig Burns said the rebates will begin being sent out Friday in the order that taxpayers filed.

Altogether, they expect to send out about 3.2 million of them, and anyone with a tax liability last year is eligible.

Tax liability is the amount of tax you owe throughout the year minus any credits, deductions, or subtractions. Some rebates could also be reduced or withheld to satisfy existing debts. 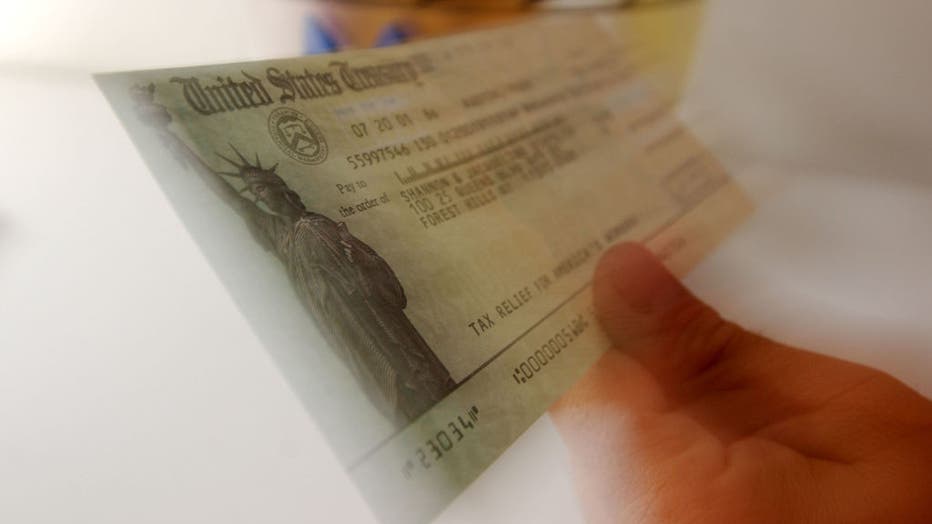 392397 04: A tax payer looks at his rebate check July 25, 2001 in New York City. The U.S. government is sending out 92 million tax rebate checks over 10 weeks as part of the Bush administrations tax break. (Photo by Spencer Platt/Getty Images)

Many Virginia taxpayers approached by FOX 5 in Arlington Wednesday had no idea the rebates would be coming. However, once they found out, most knew exactly where they’d spend it.

Beginning Monday, taxpayers will be able to check and see if they’re eligible for the rebate at via tax.virginia.gov.