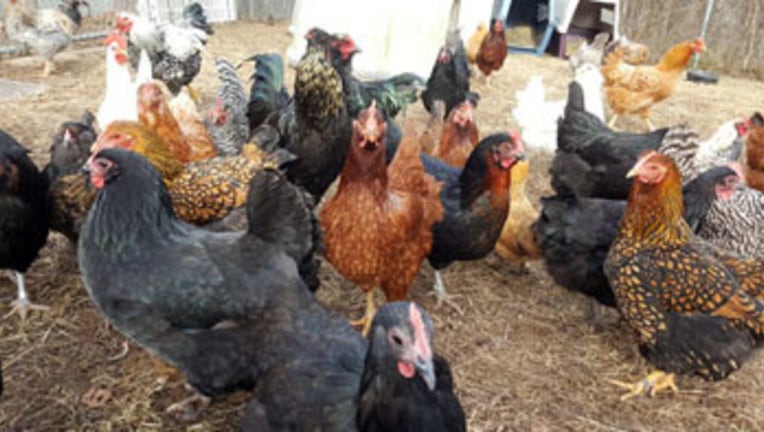 LEESBURG, Va. (AP) -- A Loudoun County woman has been charged with failing to care for dozens of chickens and several other animals on her property south of Leesburg.

The animal-control agency says Leger gave up custody of 96 chickens, two dogs, three rabbits, two geese, five ducks and four pot-bellied pigs last week. She was charged on Tuesday after she turned herself in and is free on bond. She faces two dozen counts of cruelty to animals and nearly 90 counts of inadequate care of animals.

The animals are currently being cared for at the county's animal shelter until they are ready to be adopted.