FREDERICKSBURG, Va. - A Walgreens employee recognized a scam this week and saved a Stafford County resident from a $500 theft, according to police officials. 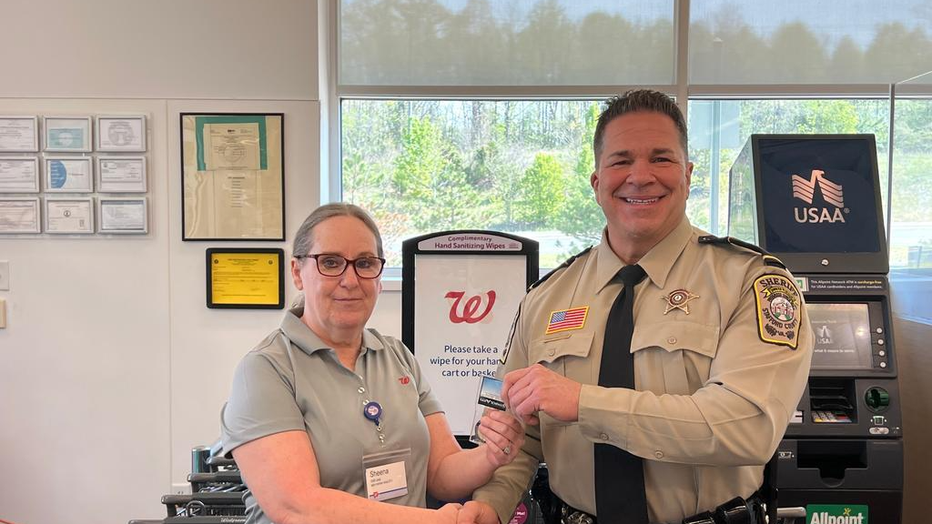 Police say on April 20, deputies responded to the Walgreens store located at 50 White Oak Road Fredericksburg, Virginia for reports of a fraud incident.

Deputies say Sullivan was assisting a customer with the purchase of a $500 gift card, when she noticed the customer was confused about how to send the gift card and who the gift card was for. The customer told Sullivan she had won a Publisher’s Clearinghouse prize of 3 million dollars. Sullivan explained to the customer this seemed to be fraud and contacted the Sheriff’s Office.

After investigating, deputies learned the scam artist called the victim on the phone and convinced her to go to the store and purchase the gift card. Deputies say the scammer explained that the victim would receive her reward after she provided him the gift card number.

Fortunately, thanks to Sullivan's attentiveness, the victim did not lose any money. Sullivan says her training at Walgreens stressed the need to be observant for scams.

Deputies have not identified the scammer.