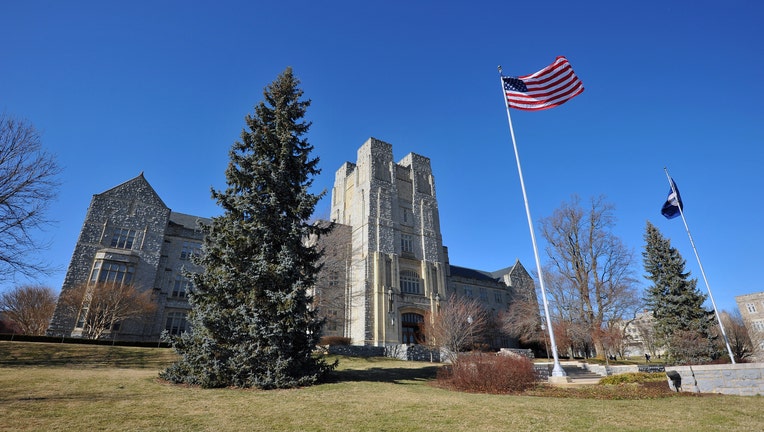 BLACKSBURG, VA - FEBRUARY 21: A general view of Burruss Hall on the campus of Virginia Tech on February 21, 2013 in Blacksburg, Virginia. (Photo by Lance King/Replay Photos via Getty Images)

BLACKSBURG, Va. - Virginia Tech estimates it could lose millions in revenue during the coming months as a result of the coronavirus pandemic.

The university already is estimating a revenue drain of $50 million to $67 million for spring and summer 2020, President Tim Sands said in a statement released Sunday. Sands said the financial hit from canceled sports events, dining services, housing and other revenue streams is bound to make it a “challenging year.”

The university could lose an additional $48 million to $240 million in the fall semester without accounting for potential losses from state funds, Sands said.

University spokesman Mark Owczarski told the Roanoke Times that they anticipate students dropping their enrollment in summer classes and study abroad programs. The estimates for the fall range more widely because the impact of the pandemic remains unclear, Owczarski added.

The school is also waiting until early June to announce how it will approach the fall semester, including tuition rates for students during the next academic year. Revenue from those fees account for nearly 35% of the school’s $1.7 billion annual budget.

The university also plans to distribute half of the $19 million it received in federal funds as part of the coronavirus stimulus package to students with financial need, Sands said. The rest of the funds will go towards covering lost revenue for the spring and summer semester.

RELATED: Virginia Tech will not refund spring tuition to students

The Department of Education issued guidelines last week to exclude international students and immigrant students who were brought to the U.S. illegally but allowed to stay under the Deferred Action for Childhood Arrivals program, or DACA, from these grants. Owczarski said Virginia Tech does not “track, measure or record DACA status” for students, but could help international students through other emergency funds at the school.

Owczarski said the school has also been allowing extensions for families who are having difficulties meeting the May 1 deposit deadline for enrollment.

The university is scheduled to host virtual town halls to update the school-wide community about their pandemic response in the coming weeks.