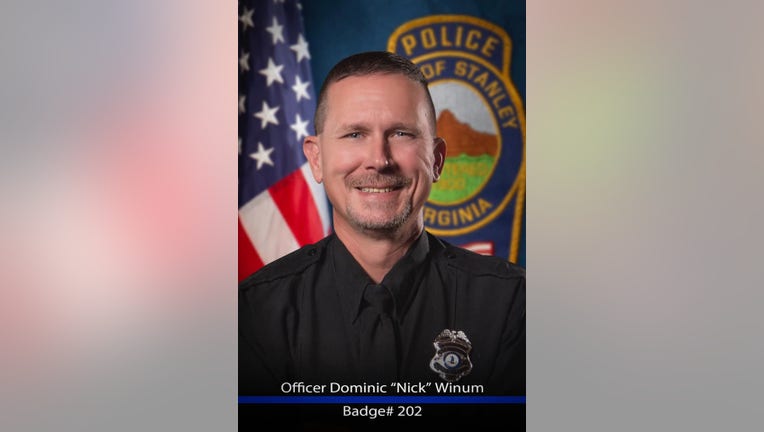 Dominic "Nick" Winum was shot and killed Friday during a traffic stop in Stanley, Va.

STANLEY, Va. - A police officer in a Virginia town was shot and killed by a driver during a traffic stop before he could get out of his patrol vehicle, authorities said.

News outlets reported Winum was shot by Dakota G. Richards, 29, before he could get out of his patrol vehicle. He was later pronounced dead at the scene.

Virginia State Police told news outlets Richards ran away but was later found hiding in a barn. The suspect reportedly made a "threatening movement" and was shot and killed by officers.